FBI targets my friend and fellow Abortion Abolitionist, Andy Moore: Going as far as hinting deportation and separation from wife and newborn baby.

A year and a half ago I had the honor of going to New Zealand for two weeks to do a speaking tour with Jill Stanek, this tour was organized by Andy Moore. Since then Andy and I have collaborated on many pro-life projects together and I am proud to call him a friend and fellow abolitionist. I hope everyone will join me in praying for Andy and his family as they go through this shakedown by the FBI. 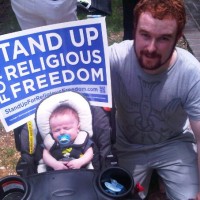 DALLAS, July 26, 2012 /Christian Newswire/ — The Life Legal Defense Foundation (LLDF) sent a letter to the Federal Bureau of Investigation (FBI) because they threatened and questioned pro-life advocate Andrew Moore at his home in Dallas, Texas on Friday, July 13th. The FBI agents talked to Mr. Moore for over an hour about his peaceful free speech activities that take place on public sidewalks outside of Southwestern Abortion Clinic in Dallas. The letter demands that the FBI stop the harassment.

Despite having no evidence that Mr. Moore had ever violated any law, the agents referenced his wife and newly born son, commenting that he would not want to be separated from his family, and suggesting that a felony conviction could get Mr. Moore deported.

The agents also asked Mr. Moore about his employment, how he met his wife, who his friends are, where they attend church, why he has certain political views, and why he engages in particular activities in the community. 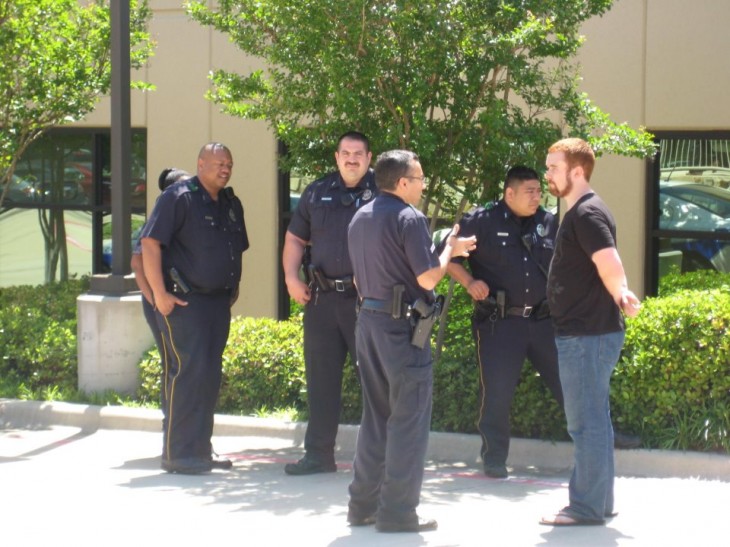 “When has it become the business of the government to invade a private citizen’s residence to ask him such personal questions?” Cody added. “It is clear that the FBI is not merely seeking to enforce federal law, but is conducting a witch hunt of anyone who is openly critical of the Obama administration’s pro-abortion position.”

The FBI agents also asked Mr. Moore questions about his mother-in-law, Jill Stanek, who is a pro-life speaker, blogger, and writer.

“The Life Legal Defense Foundation is committed to exposing the FBI’s Gestapo tactics and will take immediate action in federal court if the agents’ unconstitutional actions persist,” Cody said.

The LLDF’s letter to the FBI is available here.

One of Andy’s projects is http://abortionwiki.org/ and they are looking for interns. For more info on the internship go to: