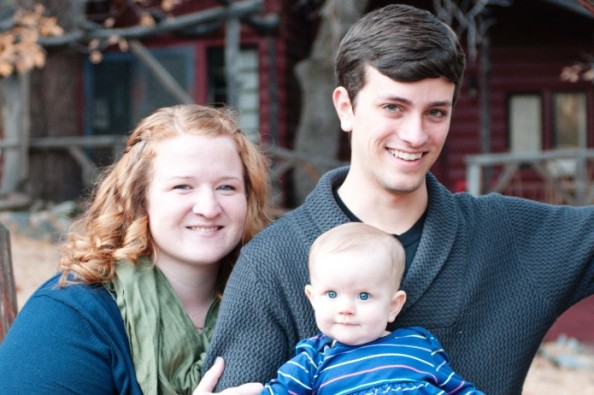 In 2006 I had picked our summer mission team, sent out all of the acceptance letters and was preparing for them to all arrive when a phone call came in. Ashley was just wondering when we were going to make our decision on her application? I was frantically looking around while she was on the phone because I had never seen her application; I was wondering what might have happened to it. As we were talking I noticed something between the shelves in the office and sure enough it was her application. It had fallen out of the mail tray and been lost.

After reading it over and talking to this young woman who was so anxious to do pro-life mission work, I decided to add one more person to the team. What a journey it has been for Ashley as she now finds herself married with a child and about to adopt a baby she helped save from abortion. I asked Ashley to write a little about her journey, here is what she said:

“Abortion”. That was the topic I got assigned in my political science class in High School. For our final in class, we had to give an oral debate in favor or opposition of a social justice issue. I was hoping to get something easier, something I knew more about. When I first researched abortion, I interviewed someone from Planned Parenthood in Delaware, my home state. She went on and on about trusting women to make the best decisions for themselves. I bought it.

That night I came home and my Dad asked me how my project was coming along. I told him I was pro-choice, to which he responded, “Ok, well do me a favor before you make up your mind. I want you to Google pictures of abortion.” Rolling my eyes, I sat down at the computer. I remember weeping, tears soaking my cheeks and shirt, trembling at the sight of these precious little babies ripped limb from limb on my computer screen. That night, my life changed forever.

A week later I searched “Pro life mission trips” on the computer and found Stand True. After looking through pictures and listening to audio recordings of Bryan’s talks, I found a link to apply for a summer internship. I applied immediately. That summer, in 2006, I traveled with 7 other young people in a van to Christian music festivals all over the United States sharing the prolife message. I was super immature and probably totally annoying as I was only 16. God grabbed ahold of me that summer. He exposed me to Christians who shared both the prolife and prochoice positions. He gave me to my teammates who poured into me as a young woman. He brought me great training from Bryan. More specifically I remember Bryan asking us to put together a pro-life talk. I was so scared.

For three minutes I had to defend the preborn through cases of rape, health and life of the mother. Did I mention we were in a Coffee shop parking lot while I gave my speech?! Talk about super nervous, but I think I did well. 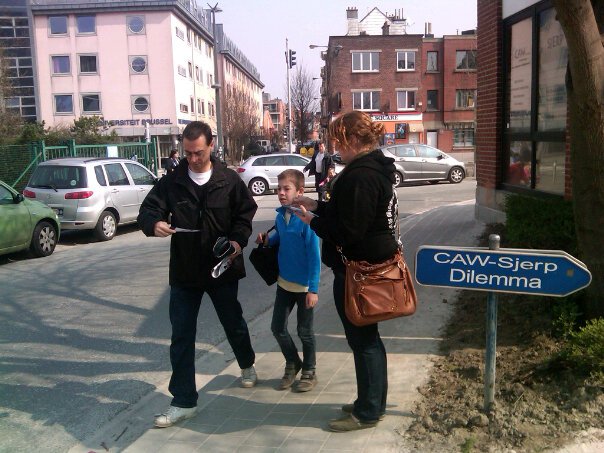 Ashley sidewalk counseling at an abortion mill in Brussels Belgium.

That summer God opened my eyes. I was exposed to the evil of abortion, and to the great need of revolutionaries to rise up and take back their generation. I received my calling that summer from the Lord: to fight abortion, to educate and activate the youth of this great nation to end this culture of death.

I went on from tour that summer to intern with Rock for Life for a couple of years and then eventually was recruited by Kortney Blythe at the March for Life in 2008. I moved to California and went on tour with Survivors of the Abortion Holocaust for 3 years and then met the man of my dreams. Charles and I got married in 2012, and got pregnant with our honeymoon baby! Riley, our little girl was born a year later in 2013. God is so good in how he provides for us when we are faithful and obedient to his call. I will always be thankful for that summer in 2006, what God taught me through the work of Stand True, the desire and strength to fight this great battle for the pre-born.

Ashley and Charles must raise $7,000 to pay for this adoption and they have already raised over $5,800, they only need $1,200 more. Please consider helping them reach that goal today.

For 11 years Stand True has been training up young people to be the generation that will abolish abortion. Every summer we put together a team of amazing young people like Ashley who want to be educated, equipped and activated to go and shine their light in this world.

In just one week the 2014 Stand True Summer Mission Team will arrive in Troy, OH to start their adventure this year. After helping Ashley and Charles with this adoption, if you are able, please consider a donation to Stand True to help us feed, house, train and equip this years team.

Can you donate $25, $50, $100, $500 or any amount to help Stand True educate, activate and equip this generation? – If you can donate please do so at https://give.cornerstone.cc/Stand+True