Is Pro-life Activist Bryan Kemper, Banned from the UK? 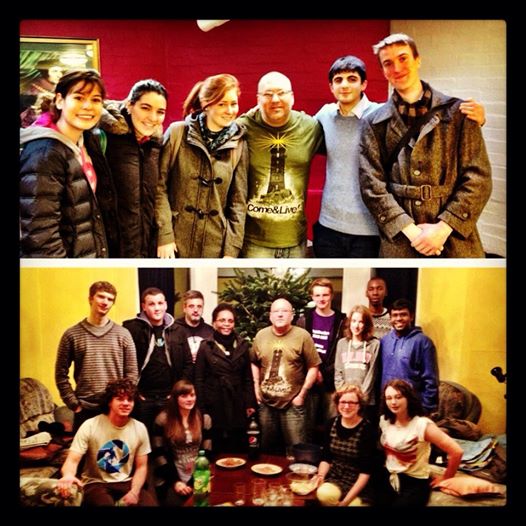 Bryan Kemper speaking with students at Oxford and Cardiff Universities on UK Tour.

A columnist for a British newspaper has suggested banning Priests for Life Youth Director Bryan Kemper from the United Kingdom.

In a convoluted piece full of UPPERCASE OUTRAGE, Observer columnist Catherine Bennett talks about the British ban on self-described “seduction expert” Julien Blanc, and suggests some others who might abandon all hope of ever again setting foot on English soil. In assembling this list of “influential foreign women-haters,” Ms. Bennett writes:

“There can be no welcome for visiting anti-abortion campaigners, of both sexes, who are hostile to the good health and independent agency of British women. If Mr. Blanc’s blandishments are officially abhorrent, then it is hard to justify further attempts by, say, the Ohio pro-lifer Bryan Kemper, to, in Blanc lingo HAVE GIRLS FLOCKING to his cause.”

She is apparently referring to Kemper’s popularity among young pro-life Brits of both genders. At the invitation of the Society for the Protection of the Unborn, Kemper has spoken and trained youth at several youth conferences.

Students who heard Kemper speak at a youth conference in Scotland later started the first- ever pro-life society at Cardiff University in Wales and have invited him  to speak to the society three times. He also was part of the inaugural speaking tour for the U.K,’s “Alliance of Pro-life Students” organization started by students from Cardiff University.

For Father Frank Pavone, National Director of Priests for Life, Ms. Bennett’s “Ban Bryan” campaign is proof that Kemper is changing hearts and minds in Britain.

“If he weren’t so effective in his defense of the unborn, Ms. Bennett would never have heard of Bryan Kemper,” Father Pavone said. “English women are heeding his message, and the message of our wonderful pro-life colleagues and friends throughout Britain, and that scares pro-abortion ideologues there.  Because of that, and because of the urgency of protecting the unborn, we will continue sending Bryan to Britain and to many other nations as well.”

“What an honor,” he said. “To think that a newspaper columnist is calling for me to be banned from an entire country tells me that I’m doing my job. As for her suggestions that I don’t care about women’s health, nothing could be further from the truth. Abortion is not health care, and women deserve better.”

The original article is here – http://www.theguardian.com/commentisfree/2014/nov/23/julien-blanc-ban-just-martyrs-him