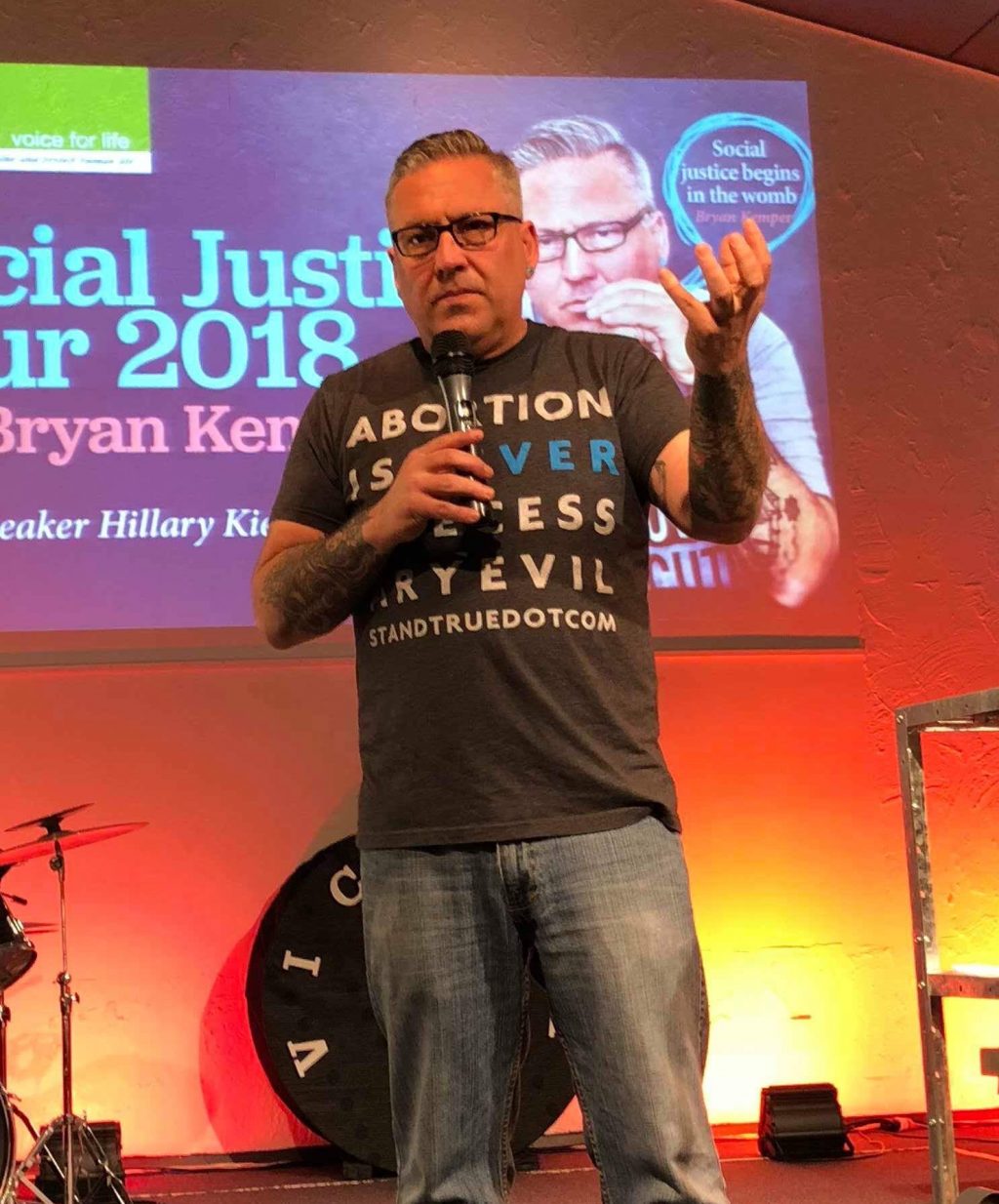 Bryan Kemper is the founder of Rock for Life, Stand True and the Pro-life Day of Silent Solidarity. Bryan is currently the Youth Outreach Director for Priests for Life.

In 1987, Bryan started his work in the Christian music industry. He was determined to be a rock star, to stand on a stage and share his testimony between songs, but God had other plans. In 1993, Bryan combined his passion for music and pro-life into one organization, Rock For Life.

Since then, Bryan has stood on many stages and shared his testimony with a variety of audiences both here in the States and internationally. A passionate and compelling orator, he has spoken at high schools and Universities around the world, including Harvard, Princeton, Notre Dame,Queens University in Northern Ireland, Cardiff University in Wales and many more.  He taken the pro-life message around the world to countries like Ireland, Australia, Scotland, Austria and many more . In the past, he was a regular guest on the television show Politically Incorrect with Bill Maher and co-hosted his own call-in cable show in Portland, Oregon. Bryan has been featured on MTV, radio shows, newspapers, and magazines including the cover of the New York Times and a six-page layout in Swing Generation. He has also been featured in three documentary movies.

Aside from his speaking, Bryan is also and author. Bryan’s first book, “Social Justice Begins in the Womb” was released in January of 2010 by Clay Bridges Publishing. His articles have appeared in many magazines and pro-life publications. He also used to be somewhat of a beat poet in a group called Poetic Justice. His poems and songs are mostly centered on the issue of pro-life and, like everything else he does, full of passion.

Bryan Kemper has spent years reaching out to youth and encouraging this generation to get involved, and now he has endeavored to continue that outreach with Stand True Ministries. Stand True is an organization that believes the only way to stop abortion is to call out to Jesus and share His love with the nation. It is an organization that asks of young people, “Will you stand?” Bryan has certainly chosen to, and he can only hope and pray that others will too.

Bryan Kemper is available for all types of media including TV, Radio, Newspaper and Magazine Stories, Talk Shows and News Programs. Bryan has was a regular on Politically Incorrect with Bill Maher.