“Christianity Today” Claims That Contraception Saves Lives and Attempts To Paint Margaret Sanger In a Good Light. My Response To This Ludicrous Article. 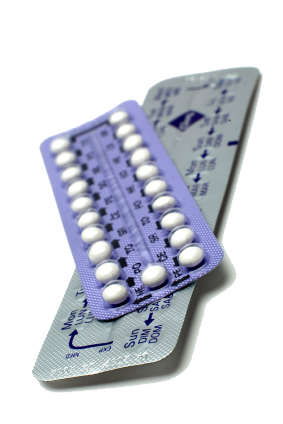 I am writing this blog in response to an outrageous and totally reckless article in Christianity Today entitled: Contraception Saves Lives. I would expect this from RH Reality Check or some other pro-abortion publication, but not from Christianity Today. But then again, the general state of Christianity today is not exactly, well, Christian.

There are so many things wrong with this article, and I could probably write 10 pages in response. I think most people who read my blog regularly have a grasp on who Margaret Sanger was and why we can never look to her as a great example. If you want a glimpse into who she was, here are just a few of her quotes:

On blacks, immigrants and indigents:
“…human weeds,’ ‘reckless breeders,’ ‘spawning… human beings who never should have been born.”  Margaret Sanger, Pivot of Civilization, referring to immigrants and poor people.

On sterilization & racial purification:
Sanger believed that, for the purpose of racial “purification,” couples should be rewarded who chose sterilization. Birth Control in America, The Career of Margaret Sanger, by David Kennedy, p. 117, quoting a 1923 Sanger speech.

On the right of married couples to bear children:
Couples should be required to submit applications to have a child, she wrote in her “Plan for Peace.” Birth Control Review, April 1932

On the purpose of birth control:
The purpose in promoting birth control was “to create a race of thoroughbreds,” she wrote in the Birth Control Review, Nov. 1921 (p. 2)

You can read more here: http://www.dianedew.com/sanger.htm

Greater access to birth control and contraception is what opened the flood gates to abortion in the first place. The simple fact is that all forms of chemical birth control can cause an abortion. The pill has a back up mechanism that thins the lining of the uterus in case of fertilization that causes the baby to be rejected from implanting in the uterine wall.

The three mechanisms of the pill are:

2.      Thickening the cervical mucus, thereby making it more difficult for sperm to travel to the egg, and

3.      Thinning and shriveling the lining of the uterus to the point that it is unable or less able to facilitate the implantation of the newly fertilized egg.

The first two mechanisms are contraceptive. The third is abortive.

Read more about how the birth control pill can cause abortion at: http://www.epm.org/resources/2010/Feb/17/short-condensation-does-birth-control-pill-cause-a/#ixzz3UBbqekzW

Beyond that, what is contraception? It is taking God out of the marriage bed.

1 Unless the Lord builds the house,

the builders labor in vain.

Unless the Lord watches over the city,

the guards stand watch in vain.

2 In vain you rise early

and stay up late,

toiling for food to eat—

for he grants sleep to[a] those he loves.

3 Children are a heritage from the Lord,

offspring a reward from him.

are children born in one’s youth.

5 Blessed is the man

whose quiver is full of them.

They will not be put to shame

when they contend with their opponents in court.

Sex is a gift from God for both unitive and procreative purposes between a husband and wife in the bond of marriage. Anything outside of the God-given reasons is a manipulation and distortion of sex and is sinful. Contraception robs the sex act of the procreative aspect and takes God out of the marriage bed. It says that we don’t trust God and His wisdom in building our house. Contraception actually objectifies your partner and turns them into nothing more than an object for your selfish pleasure. When we are not open to God and His blessings, we are making ourselves our own god.

Contraception does not save lives; it destroys lives both physically and spiritually.