Couple raises child to choose his or her own gender, keeps sex secret from family and friends. 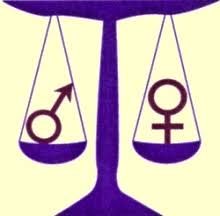 This has to be one of the most insane stories I have ever commented on.

The USA Today is reporting:

NEW YORK (AP) – Ridiculous or ultra-enlightened? A Toronto couple’s decision to keep the gender of their 4-month-old baby a secret has touched off a sometimes nasty debate over how far parents should go in protecting young ones from society’s boy-girl biases.

If this is enlightened then I would like to stay in the dark.

Kathy Witterick and David Stocker recently landed on the front page of the Toronto Star, explaining that they hope their third child, Storm, can remain untouched by the connotations of pink versus blue, male versus female, long enough to make up his or her own mind.

The decision has online haters and supporters of the family on hyperdrive. Child development experts, meanwhile, question the impact on the cherubic infant later in life and whether the couple has gone too far in their quest for gender neutrality.

“This is not a secret without consequences,” said Mike Brody, a child psychiatrist in Washington, D.C., and instructor at the University of Maryland. “This seems more controlling than the helicopter parents.”

Soon after the baby was born, in a pool of water at home, Witterick, 38, and Stocker, 39, sent an email announcing to loved ones: “We’ve decided not to share Storm’s sex for now — a tribute to freedom and choice in place of limitation, a stand up to what the world could become in Storm’s lifetime (a more progressive place? …).”

I think I will grow some fruit in my garden and not tell anyone what kind of fruit it is until the fruit can decide what it wants to be; strawberries, peaches, apples or cumquats.  Honestly, there has to be a limit on the craziness of the progressive culture that is sweeping our world, doesn’t there?  I would even go as far as to say this is borderline child abuse, not physical but definitely phycological.

We are getting to a point where even absolute truth and natural law are becoming relevant.  I wonder how far away we are from a human deciding to be considered another species and be legally changed to that species?  I know some people think there are no absolutes, I just wonder if they are absolutely sure?

Liza Hough, 29, a student of traditional medicine in Alameda, Calif., isn’t a parent but felt so strongly about the family’s “courage” in trying to knock down gender walls that she began a Facebook page in support. She called their approach “peaceful radicalism” and told the AP: “Whether these parents intended it as a political move or not, it is precisely what it has become.”

Throughout history, Hough said, people have had to go to what was considered “‘too far’ and radical in order to break down barriers.”

I am sorry but the gender of a human being is not a barrier, it is just the way you were born.  What this couple is doing is not “peaceful radicalism” either, it is harmful and damaging to this child who will be confused and mocked growing up.  I have no problem with boys having long hair but this is insane.

I think this problem goes much deeper in fact as I see this progressive attitude expanding into Christianity. Churches, preachers and ministries are deciding that they want challenge what they call barriers in faith and doctrine.  They go against God’s truth on things like abortion, homosexuality, premarital sex, marriage and much more.  They want to change Christianity to be relevant to todays society when God’s truth is the same yesterday, today and forever.

These progressive or emergent churches think they can decide what is or isn’t a fundamental truth of God, in fact fundamental would be a bad word with many of them.  God is consistent and unchanging in His truth and we do not have the authority to just try and change it because society wants to believe something else. The ten commandments were just that, commandments; we cannot treat them as suggestions.

I for one will be praying hardcore for this poor child and hope you will also. You can read the full article here: http://yourlife.usatoday.com/parenting-family/story/2011/05/Couples-gender-secret-for-baby-touches-off-debate/47730914/1?csp=34news