Emily films the murder of her child for the world to see and calls it “cool”. 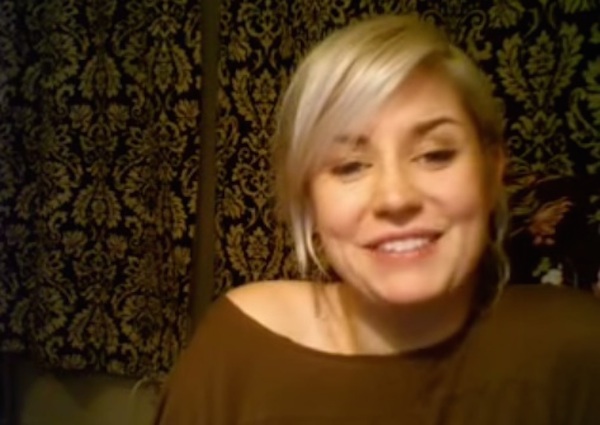 Emily decided after becoming a mother that she was not ready to have children. Her response? She decided to have an abortion and film it for the world to see.

This video is disturbing to say the least; what you will see is the pre-meditated murder of an innocent human being. One of the most disturbing parts of the video is when the murder is over, Emily says “cool.” I wanted to vomit when I heard that.

Emily knows that what she did was to kill a baby, she admits it at the end of the video. She proclaims that now she knows she can “make a baby.”  She knew this was a baby.

Emily did this to show the world how easy it is to hire someone to kill your baby and how she has no regrets. Her goal is to de-stigmatize abortion, to make people believe that it is not an act of murder but just a “cool” choice pregnant women can make.

Ministries like Silent No More are giving women and men that voice to share with the world the devastation they feel when they realize what they have done. I highly encourage everyone to go to their web site and listen to the testimonies of these courageous men and women who are speaking out.

I don’t hate Emily; my heart actually breaks for her. I am just like her, a sinner who can only find the Hope I need in Christ. I know that Emily is someone’s daughter and as a father I hurt for the lost grandchild her father will never hold. As a Christian I grieve for the state of her soul and her eternal path. I will commit to praying for Emily and for her to find the Hope that is only found in our Savior, Jesus Christ.

What can we take away from this video?

This morning I sat at a coffee shop and listened to a table of older men talking about religion, spirituality and the existence of God. From what I heard it seemed as if they were not Christians but espousing some new age beliefs in reincarnation and astrology. I prayed and asked God for the right words to say to them and slowly approached their table.

I introduced myself and apologized for interrupting them and explained about how I had overheard their conversation. I told them I just wanted to share my thoughts on the afterlife and God. I explained to them that as someone who has messed around with the Occult and spent so many years searching for the answers in drugs that the only Hope I found was in Christ.

Then I saw the smiles on their faces; they were part of a Catholic men’s discussion group who meet every Tuesday morning and were just discussing these issues. They invited me to join them and we had an amazing conversation. I have been invited to join them every week and cannot wait for next Tuesday.

My point is that in a world that is bathed in darkness and wallowing in the pit of despair, we must be bold about sharing the light of Christ who can lift us out of that pit. – Psalms 40:2 He brought me up also out of a horrible pit, out of the miry clay; And he set my feet upon a rock, and established my goings.

This darkness can be defeated, it cannot exist if we shine the Light of Christ boldly with our lives and our witness. Have you allowed the light of Christ to shine from you today? Who knows if that young girl sitting alone in the coffee shop is the next Emily and is just waiting for someone to love her enough to offer the Hope that is Christ.

Here is the video Emily made.