The continued destruction of human life by abortion is predicated on opinion over fact. 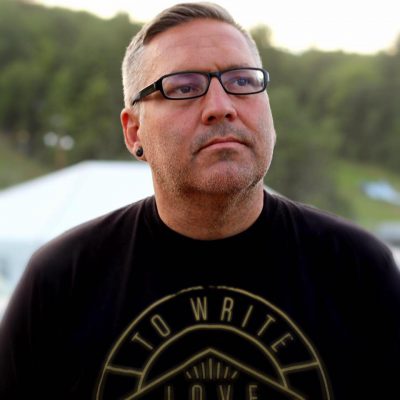 So many are awaiting the opinion in the Dobbs vs. Jackson Supreme Court case that was heard last month. The results of this case could be the death knell to Roe v. Wade and bring abortion laws back under the control of individual states.

I stood outside the Supreme Court on Dec. 1 as lawyers from each side argued their case with the nine justices and activists gathered outside the court voiced their position on abortion. There were emotional signs, speeches and chants from people on both sides of the issue.

As a proponent of free speech, I welcome opposing views. It is so important to our country that we keep free speech alive. This doesn’t mean I agree with you, just that I support your right to have opposing views and express them.

While many people have said similar things, Schlesinger’s quote underscores that facts will always outweigh opinions. When it comes to something like abortion, we will always have opposing views and there will always be disagreement. But this does not change the facts that must be weighed when deciding the morality and legality of abortion.

Emotional arguments do work well when debating something like abortion, which is why most who argue for the continued legality of abortion rely on them so heavily. Most people have heard the main talking points of the pro-abortion side:

I can go on and on with emotional and situational pleas to keep abortion legal and not reverse Roe v. Wade.  The problem is these are all based on tugging emotional heart strings instead of focusing on the most important fact of the argument: The personhood of the human being killed in an abortion.

Human biology and development are facts, not opinions. The union of the sperm and egg to create a unique individual human being with his or her own DNA is a biological fact. It is often argued that a fetus is only a potential life but that’s a total fallacy. The sperm and egg by themselves are most certainly a potential human life, but once united the potential has been fulfilled and now the life will grow and develop in stages: Zygote, embryo, fetus, infant, toddler, teenager, adult. These are all stages in the life of a human being.

We must look back in history to times when other groups of human beings  were denied their right to life because of someone’s opinion. We can look at the Dred Scott Supreme Court decision that upheld a law asserting that Black people were only three-fifths human. We can look back to the Nazis who robbed Jews of their human dignity based on the opinion of a madman. If we allow opinion to trump basic scientific facts, we allow groups of humans to be destroyed and denied their very right to life.

There is truth in some of the emotional arguments for keeping abortion legal, there are compelling situations when I can understand why someone would want to consider abortion.  But I won’t give credence to these emotional arguments because there is one fact that trumps all arguments and opinions: Every single human being conceived has a right to life.

If you apply any of the pro-abortion arguments to a 3-month-old, a 1-year-old or a teenager, not one of them would justify the direct killing of these children. The age and stage of development of any human person cannot define the intrinsic value of that person. Their lives matter from the moment their lives begin, which – according to science – is at the moment of fertilization.

For us to argue that we have the right to withhold their rights until such a time as we think they deserve them is ageism and allows for the brutal violence against humans in the womb to continue. Abortion is an act of violence that ends the developing life of a human and to argue for its legality is to argue for legal homicide.

Roe v. Wade must be overturned and the right to life of all humans, born and unborn, must be protected. Any other outcome is insanity as it allows opinion to trump fact and allows us to continue the violence we claim to detest in any other setting.

Bryan Kemper is the youth outreach director for Priests for Life and the founder of its youth outreach Stand True. He is the author of Social Justice Begins in the Womb and Pro-life is the New Punk Rock.