The fate of the serial killer Kermit Gosnell is in the hands of the jury, but the fate of legalized child killing is in our hands: What will our verdict be? 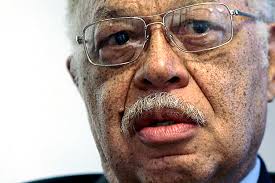 On Tuesday morning, I listened intently to the judge in the murder trial of abortionist Kermit Gosnell, as he charged the Jury ahead of their deliberations. This jury had been given the facts about the babies and the mother who lost their lives in Gosnell’s “house of horrors” abortion mill, and now they hold his fate in their hands.

I have heard so many people–including the Smith Jones Solicitors –talk about how this trial had nothing to do with abortion; it was about the murder of actual, living human beings. The Defense Attorney wanted to make this distinction very clear as he tried to prove that nothing more than non-human fetuses were killed. He argued that the corpses of the babies found in jars were not actual humans. The prosecutors wanted to emphasize this to make sure that the jurors separated their thoughts on abortion, and treated this like it was just a man murdering cute little babies.

What this case is actually about to me is the fact that when you are in the business of killing children for a living, there comes a point when lines can be easily blurred. It does not shock me in the least that an abortionist would have no problem killing a child outside of the womb. The abortionist knows all too well the true humanity of the child while he or she is still inside the womb. The abortionist understands that a fetus is a human being; he has just allowed himself to discount the value of that human simply because of certain criteria surrounding him or her.

This is not new to us as humans. We have allowed things like skin color, race, or religion to redefine the value of human beings in the past, so why not allow “age” to do so now? We have seen the total disconnect of societies from reality, as they actively or passively allowed the slaughter of innocent human beings.

The Kermit Gosnell trial is not about abortion because abortion is just a whitewashing word, used to deflect from what really happens in these clinics: the killing of human beings. This trial is shining a light that so many people want snuffed out, a light that is illuminating the gruesome, bloody and deadly reality that is abortion. In fact the Defense attorney himself, during closing arguments, declared abortion to be bloody and not pretty.

We have the evidence, we know the truth, and we know that the victims of abortion are not just fetuses, but human fetuses. We know that a human fetus is a human being in one of the many stages of his or her life: zygote, embryo, fetus, infant, toddler, teen, and adult. We know that just as in the Dred Scott case, our nation has made a monumental mistake and redefined personhood with Roe v Wade. We know that over 55 million innocent human beings have already been sacrificed on this altar of choice. This is a full generation as we have just passed the 40-year mark in this holocaust.

We know. Now what will we do?

Brothers and sisters, the case of legalized child-killing needs no more arguing. We have the facts. It is now time for us as a nation to hand down a verdict. We must be willing to stand up to the abortion industry and declare their reign over. The evidence is clear. Enough blood has been spilt and this verdict is long overdue.

Kermit Gosnell is being painted as just a single bad abortionist, not the norm. I say he is the face of abortion. He is the logical conclusion to the thought process that allows abortion in the first place. Planned Parenthood and the rest of the abortion industry are nothing more than “Gosnell Incorporated”.

WE NEED HELP TODAY: The costs have been a bit overwhelming for us going back and forth to this trial as we are also preparing for the full mission team to arrive over the next few weeks. If there was ever a time you have considered donating to the work of Stand True, now would be the best time ever. Please consider making a donation today to Stand True to make sure we can continue this important lifesaving work.

Will you answer this urgent call for help today and make sure Stand True can keep moving forward?

If you can donate please do so at https://donate.cornerstone.cc/?mid=STANDTRUE or on the donate button at the top of this page.