The courage of the few can shatter the silence of cowardice in the face of evil. 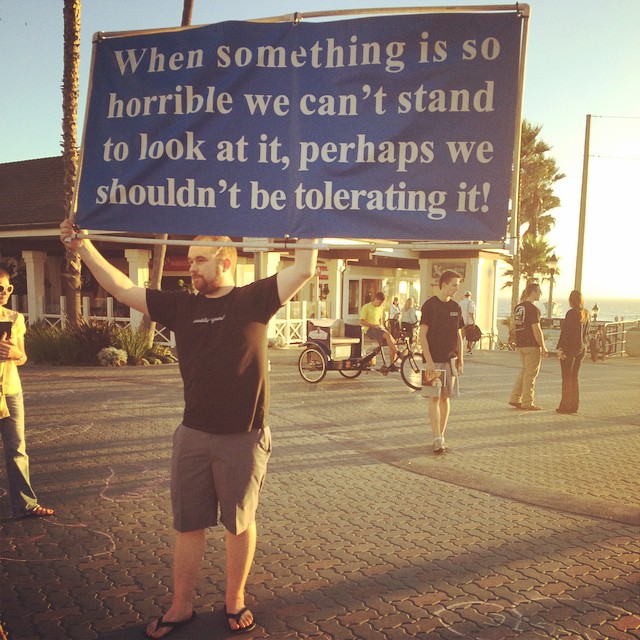 The silence of those who know the truth is deafening. The apathy towards abortion—from a generation that prides itself in its enlightenment towards other social justice issues—is a badge of dishonor. The simple fact that we allow the chambers of death to exist is evidence that we are cowards in an hour that begs for courage.

Sometimes silence can actually sound louder than words; it can speak volumes about the state of a culture. We have seen this all too many times in the past when cultures and societies have allowed a lie to redefine the value and worth of a human person. We have seen the very image of God, his heritage re-categorized as a sub human. We have also seen the devastating effect of silence in the face of these evils.

The excuses that spew out of the mouths of God’s people are deplorable. To think that a people who have heard the Gospel of Christ and been set free by the sacrifice of his death and resurrection, could ignore the cries of the most vulnerable, is simply mind-boggling.

Comfort seems to be a drug: an addiction that is so powerful it can silence and blind a generation who otherwise seems to care about injustice. It is easy to feed the hungry, get water for the thirsty or clothe the naked. There is no resistance to these acts of justice. The enemy is not fighting tooth and nail to oppose and destroy this work as he is with the abolition of abortion. When we realize what abortion actually is, we must choose to be silent and comfortable, or step out of that comfort into a battle that will stretch and test us.

What are we really afraid of? What can happen to us if we decide to heed the call to love our neighbor as ourselves?

While our culture is shifting towards a realization that abortion is truly a holocaust the likes of which we have never seen before, standing against this evil brings much opposition.  I have seen this first hand as I have been attacked mentally, spiritually and physically. I have even faced death threats for the work I have done and been thrown in jail for peacefully praying in front of the doors to the abortion mills.

But what have I lost? Nothing of any real importance in light of what these children are losing by the thousands every day. In all reality I have nothing to lose that will mean anything in the end but I have everything to gain.

Replace the word “abortion” with any other vile act and there would be no argument. Slavery, child molestation, rape… If our government paid for, protected and called any of these “a right,” there would be rioting in the streets and an uprising for justice that could not be ignored. 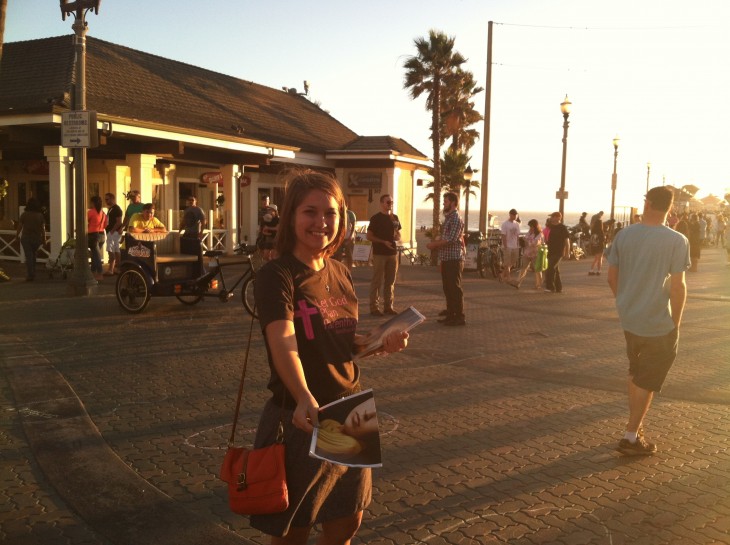 We would not consider the cost or what people thought about us if someone opened a business that molested children and we spoke out against it. Think about this: there was a time in our own nation when our black brothers and sisters were treated as property and it was unpopular to speak out against this evil. However because of the courage of the few in that hour, we now live in a nation which abhors slavery and would never allow it to take root again.

We are in that hour my friends, the crucial moment when you must ask yourself what you are made of. What does the sacrifice of Christ actually mean to you? Think about this vital truth from the Word of God. “I have been crucified with Christ; and it is no longer I that live, but Christ living in me: and that life which I now live in the flesh I live in faith, the faith which is in the Son of God, who loved me, and gave himself up for me.” – Galatians 2:20

God gave His Son for us, for our salvation. He gives us the very breath we breathe and we have nothing to fear if we are in Him. Our lives are not our own, but His and it is time that we lived them for Him and all of His heritage. The time is now to raise your voice and Stand True. The time is now. This is the hour to abandon a worldly cowardice and stand with Godly courage to end the abortion holocaust.