Abortion cannot be stopped. Really? How big is your God? 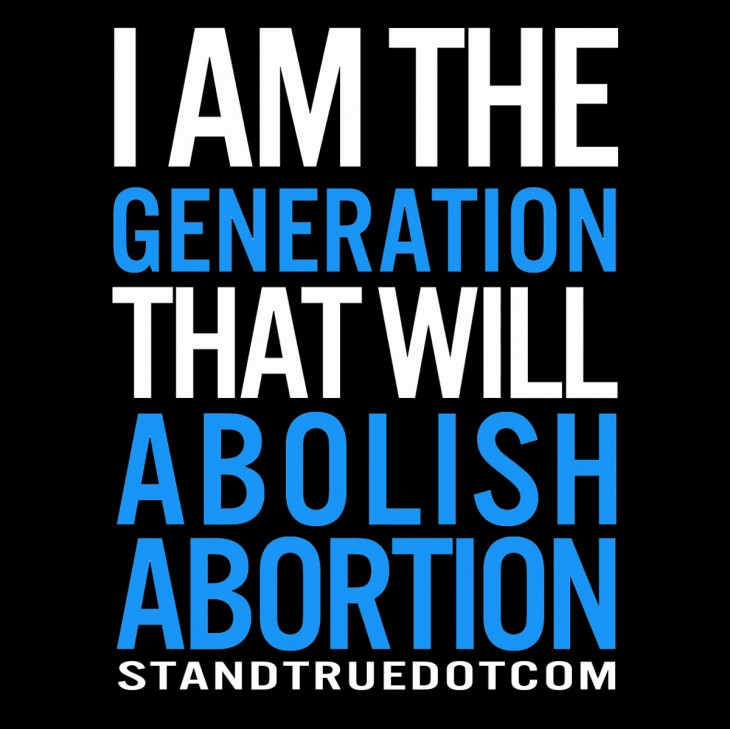 “Abortion cannot be stopped.” That is what a man said to me as I was coming out of Mass with the Stand True Mission Team and the walkers from Crossroads Pro-life Walks Across America.

You may be kind of surprised that I would hear this from someone coming out of church but it is not that uncommon. Pessimism coupled with apathy permeates in our churches and people who claim to follow Christ.

I told him that many people said that slavery would never be made illegal back in the 1800s. He just ignored that and continued to argue that abortion will never be outlawed. I tried to explain to him that this generation is waking up to the truth about the abortion holocaust and that this would be the generation that will abolish abortion.

He almost seemed annoyed with us for having the audacity to believe such a thing. He told us that he follows history and that is why he knows abortion will never be outlawed.  I told him to look at biblical history and see what God can do.

He just kept repeating that abortion will never be outlawed and I finally asked him, “How big is your God?”

I find it amazing that so many people who call themselves Christians cannot believe in God to do mighty things. I am appalled at how much we limit the God of the Universe, the very God who created the universe.

I see this kind of thing in so many aspects of our Christian life; we seem to fail to understand how much we can call on God. I see this in what I call “Jesus junk”; t-shirts, mugs and so many other items with very un-creative artwork. People seem to think if they just slap the name Jesus on something it will honor God. God is the Creator of the Universe and we fail to call on him and be creative.

Christianity is not just some club. God is not just a figurehead. Church is not just a place to meet people and have potlucks. We need to start to understand the power of prayer and what God will do when His people actually believe and act.

I have seen the power of God first-hand. I have seen His miraculous ways even before I was a Christian. During my drug days a friend warned me that someone was going to kill me at a drug deal. That night after avoiding that deal I was lying down in the back of my pick-up truck where I lived. I saw a man approach my truck and lift the door to the camper shell and point a gun at my head. He looked me in the eyes for a moment and then put the gun away and walked off.

A few months later, after everything had blown over with this guy, I saw him at a party. I talked to him and asked him why he did not shoot me that night? He seemed shocked and told me that when he looked into my truck he did not see me; he saw an empty bed. God literally made me invisible to this guy.

I have seen His power and cannot understand how His people can be so pessimistic. God lifted me out of that pit of muck and mire, as it says in Psalms 40, He set my feet upon the solid rock. I know what God can do when we turn to Him and I believe very much that we can and will see abortion abolished.

Abortion remains legal by permission of men like the one we met after church. Abortion remains legal by permission of Christians who seem to forget that our God is the God who created the Universe. When God’s people will wipe the unbelief from their eyes, erase the fear from their hearts and break the chains of apathy, we will see an end to abortion.

So ask yourself this question: How big is your God?

If you really don’t think we can win this battle — if you really think it is ok to just sit on the sidelines while millions of innocent human beings are being slaughtered — I would suggest you might not really understand who God is. God is bigger than Roe vs Wade; He is bigger than the Supreme Court.

Now if His people would only believe this, we could end this holocaust.