Why I hate exceptions in pro-life laws but understand why I must support bills like the Pain-Capable Act. 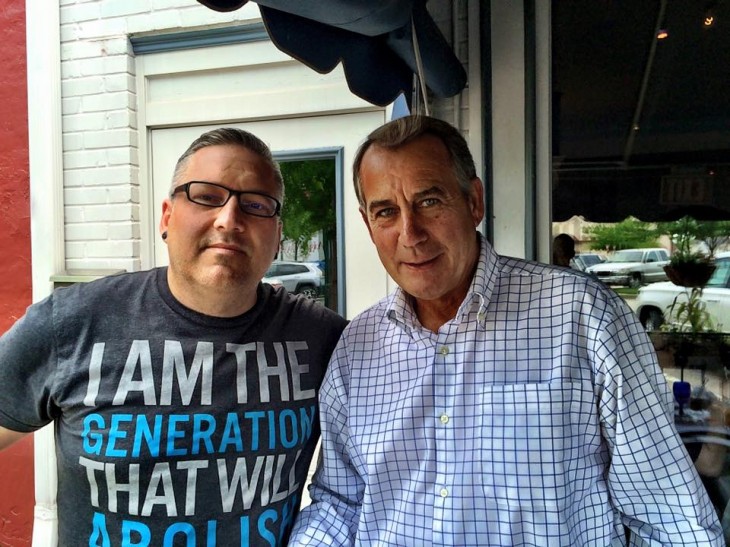 This has got to be one of the most divisive aspects in the pro-life movement, to the point of causing serious infighting amongst friends. I have been called evil, faithless, a compromiser, and even the enemy of God. All of this because I am willing to support legislation that I believe is a positive step toward my end goal: the total abolition of all abortion.

First, I want to address the fact that every single bill I have ever seen introduced nationally or on a state level has or is an exception. The mere fact that the Pain Capable Act only bans abortions after 20-weeks makes that bill an exception in and of itself.

I have been in the battle to end abortion since the late 80s, and I hate the fact that I am still fighting. I want nothing more in this world then to see an end of child killing in my lifetime. I will continue to fight until my dying breath if that is what it takes.

I know that if every single person who called themselves a believer in Christ would stand up and walk to the local abortion mill in their town, they could shut them down. I know if we all stood in unity and demanded the reversal of Roe v. Wade, we could see that happen. I know that through Christ, we can accomplish this.

I also know that I will not simply wait for that to happen; I must act daily to do everything that I can to save as many babies as I can until God’s people wake up. With every day that goes by, we lose another 3,500 innocent babies to this evil holocaust that has gripped our nation for over 40 years.

I have heard people say that every time a law is passed with an exception, that we are throwing those babies ‘under the bus’. However, we can’t throw a baby under the bus that is already under the bus. Abortion is legal throughout all nine months of pregnancy, and so those babies are already sentenced to die. What we can do is pull as many babies out from under the bus as we can, until the bus is no longer there.

I hate exceptions. I hate ALL exceptions. I hate that we even have to talk about saving as many babies as we can, but they will die if we don’t. We make choices every day in our pro-life activism that will leave some babies out. We choose which days we will go to the abortion mill to pray and plead with moms and which days we sit in the office and get other work done. We choose which abortion mill we will go to and which one we will not.

I know that I can only take steps towards the goal: the total abolition of abortion. I know that not every step I take will be the most popular with those who also fight this fight. I know that sometimes my steps in one direction will mean that I am not saving every baby in another direction, but I must always be taking steps.

I also know that as St. Paul said in his letter to the Philippians, “ I can do all things through Christ who gives me strength.”(Phil 4:13) I know that when we, as the body of Christ, come together and realize this truth, we will bring an end to abortion and so much more.  I will never stop calling on Christians to take up the call to embrace this and to “Love your neighbor as yourself”. (Mark 12:31) I will never waiver on the command to “rescue those being led away to slaughter, stop those staggering towards death.” (Proverbs 24:11)

This week, we do not have a comprehensive bill that will wipe out the evil of abortion before Congress. We don’t even have a bill that would wipe out the majority of abortions. In fact, this is a small step that will save a small number of babies’ lives. But it will, in fact, save babies’ lives. It will also cause many to pause, as they realize the truth that babies in the womb feel pain, because they are just that: babies.

Yesterday, I was walking to lunch in my small town of Troy, OH and I noticed that the Speaker of the House, John Boehner, who represents my district, was eating lunch at a local café. I got the chance to thank him for getting this bill to the floor for a vote this week. I also encouraged him to stand boldly for life, and explained how important it is that we bring an end to abortion.  While I thanked him now, I will not stop holding the flames to the feet of our leaders to make sure that we don’t stop there, or anywhere, until every single baby is protected.

Please support the work of Stand True and our amazing Pro-life Missionaries. Please donate $25, $50, $100, $500 and help Stand True continue to educate, activate and equip this generation. If you can donate please do so at https://give.cornerstone.cc/Stand+True.