Isabella was conceived 6 years ago this week and she is a gift from God, NOT a product of rape. A story of courage in a tragic situation. 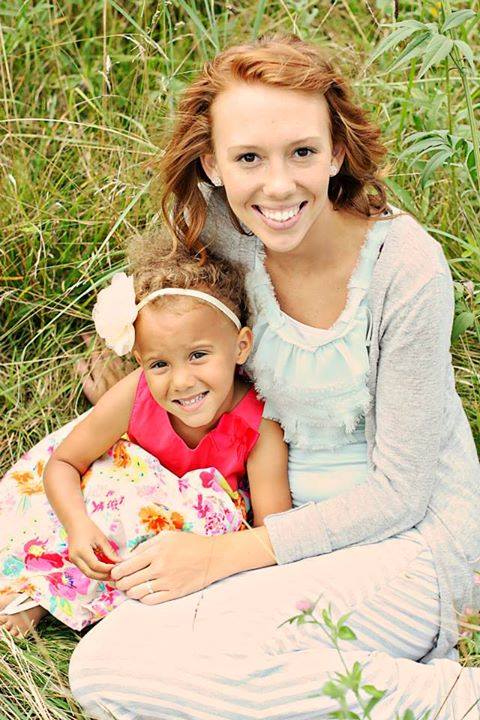 Once in a while we get random people contacting us because they live locally and want to come by the office to get a t-shirt. When Lauran came in with Isabella I could not help but smile. Isabella is such a beautiful young lady who lights up any room. You would never know that such a little princess is a rare survivor of a culture who would actually tell her mom that she would be better off having her “terminated.”

The world would call Isabella a product of rape. President Obama would refer to her as a “punishment.” Planned Parenthood would say she was nothing more then a blob of tissues and happily dispose of her for several hundred dollars.

I call Isabella a child of God, His heritage. I want to share with you Isabella and Lauran’s story of courage and healing. The next time you hear someone say they are against abortion except in cases of rape, think about little Isabella and understand that she is a child, not an exception.

Read what Lauran and Isabella both have to say:

I was your ordinary girl, ready to start my senior year in high school. And like most high school girls I was thinking about things like Friday night football games, which college I would get into, and finishing off the year walking across the stage getting my hard earned diploma. Making choices that only affected me. Little did I know, there was someone out there thinking only of himself and about to make a selfish choice that was going to affect me for the rest of my life.

One month into my senior year of high school, I found out that through one boy’s selfish desires, and lack of respect for me, I was pregnant, through rape. The next eight months were filled with obstacles to overcome, acceptance of dreams that might not come true, and the reality that I had to complete what I started in order to get my diploma in spite of my situation.

Twelve weeks into my pregnancy, I came face to face with my little girl as I had my first ultrasound. Wow! It was at that very moment that I knew I was destined to be her mommy and she was destined to be my daughter. Abortion was never an option for me, but it was at this moment that I truly realized why. Life is a precious, sacred gift and it is not ours to choose whether life should end because of inconvenience or because of the circumstance of conception. I learned something so valuable in those eight months. I was not the person outsiders assumed I was. I was stronger than I ever knew possible. I had developed the heart of a mommy.

In spite of the circumstances of her conception, I began to realize that my daughter was not a creation of violence, she was a gift from God, the creator of life. It was that realization that changed my perspective completely. One week after graduation Isabella Grace came into the world. I thought I had been strong for the past 9 months but I had no idea how much stronger I would become because of this beautiful little girl. I have taken on obstacles that girls my age couldn’t imagine having to face and I have come out on top. It’s not because of my strength alone, but it is God who gives me strength, every minute of everyday. Alone, I could not do this.

I love my mom. I love my whole family. I think its cool that I have just my mom. I’m God’s princess and I love him so much. He’s my heavenly father. He’s the King of the whole world.

Abortion is never a necessary evil.