NARAL Pro-Choice Ohio is using video of Stand True President, Bryan Kemper and his kids to raise money for abortion

NARAL Pro-choice Ohio has just released a fundraising letter with a video of Stand True activists confronting abortion mill owner Val Haskell. They lie about what happened and are trying to raise blood money with their lies, here is the actual account of what happened. 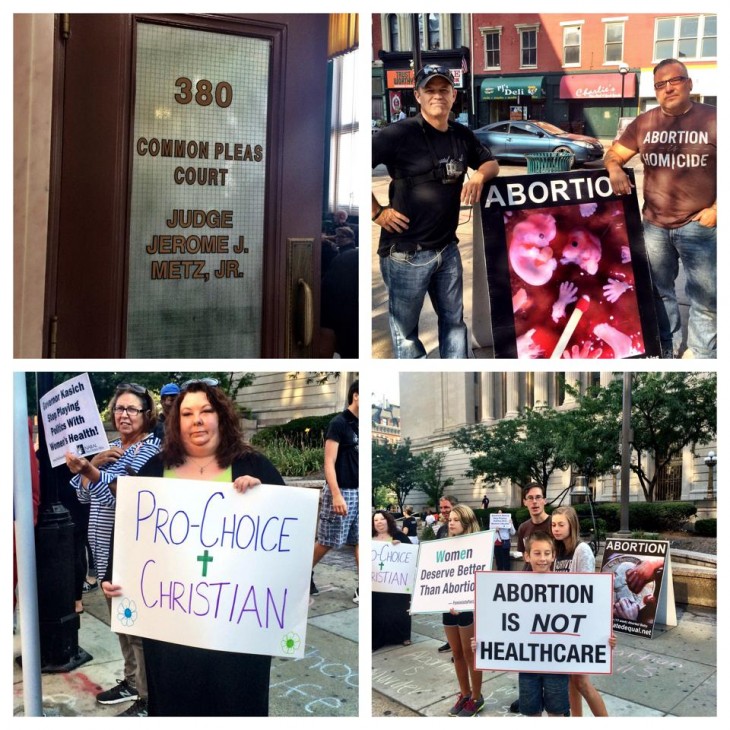 Last week, Martin Haskell, the notorious late term abortionist, had a court hearing for his bid to keep one of his two abortion mills open. He faced closure to failing to comply with Ohio law which requires him to have hospital transfer privileges. I along with several of my children, Stand True Interns and representatives from Created Equal, Ohio Right to Life, Cincinnati Right to Life, Dayton Right to Life and many local pro-life activists were there show the truth about what happens inside these death chambers.

Mark Harrington and I were in the courtroom for the entire hearing and heard Haskell’s lawyers explain that he was too afraid to appear in court, yet he sent his wife instead. COWARD!

Val Haskell, the wife of the abortionist and co-owner of the abortion mill left the court room and was greeted by Mark and me where we gently and graciously pleaded with her to repent and turn to Christ. At one point I asked her how, as a self pro-claimed Christian, she justified killing babies and she told me to “read the bible”. Mark and I walked with her outside the courthouse and continued to plead with her to turn to Christ and to shut down her modern day Auschwitz.

I would hope that people would donate to the work of Stand True who are actually working to save lives, not take lives. Stand True is the organization who actually cares about women while NARAL represents the actual war on women. 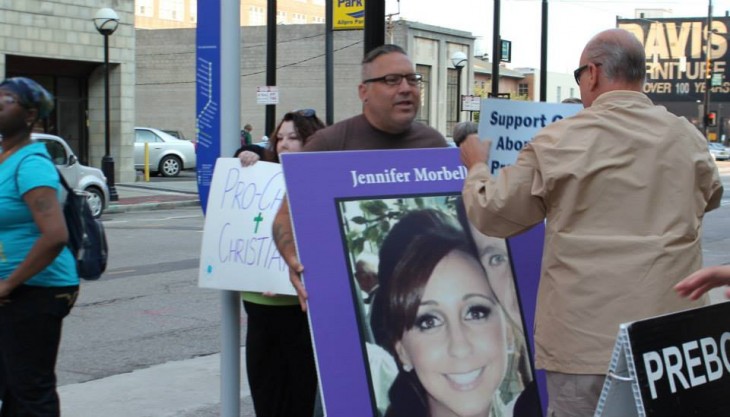 Watch both videos and then let NARAL know you will be giving to Stand True to help them defeat the war on women and abolish abortion in America. I am also including the text of their fundraising letter after the videos:

Last week, I sat in a Hamilton County courtroom as Judge Metz ruled that Dr. Haskell’s clinic in Cincinnati would be forced to close. It was a sad day for people not only in the Cincinnati area, but those in Indiana and Kentucky that rely on this clinic for access to safe, legal abortion care.

Today the clinic announced they will end their legal battle and stop doing surgical abortions in their Cincinnati Clinic. Now that this clinic has been forced to stop providing surgical abortion services Gov. Kasich will certainly start moving to close the last remaining clinic in the area. Donate today to help us fight back and protect abortion access in Cincinnati and across the state.

What happened inside the courtroom on Friday wasn’t the only story. We had more than 50 pro-choice activists outside the courthouse, showing their support for abortion access and speaking out against the Kasich Administration’s attacks on our providers. These activists stood tall even as they were harassed and screamed at by anti-choice protestors.

But the anti-choice bullies didn’t stop there. Not content with winning their battle in court, they harassed Dr. Haskell’s wife, Val, all the way to the parking lot, telling her she was going to hell, and that she was the same as Hitler. You can see it for yourself here:I was glad I was there to escort Val out of the courtroom, to put myself between her and these bullies. No one should be harassed for providing or accessing medical care. This is why I am asking for your donation today. Your gift of $5, $25, or $50 will help us protect abortion access in our state.

Your support today will make sure we have the resources we need to continue fighting these battles in the statehouse and in courtrooms across Ohio.