Today We Greeted The Tens of Thousands With The Ugly Truth Of What Abortion Looks Like At President Obama’s Rally In Columbus OH, They Were Not Very Happy With Us 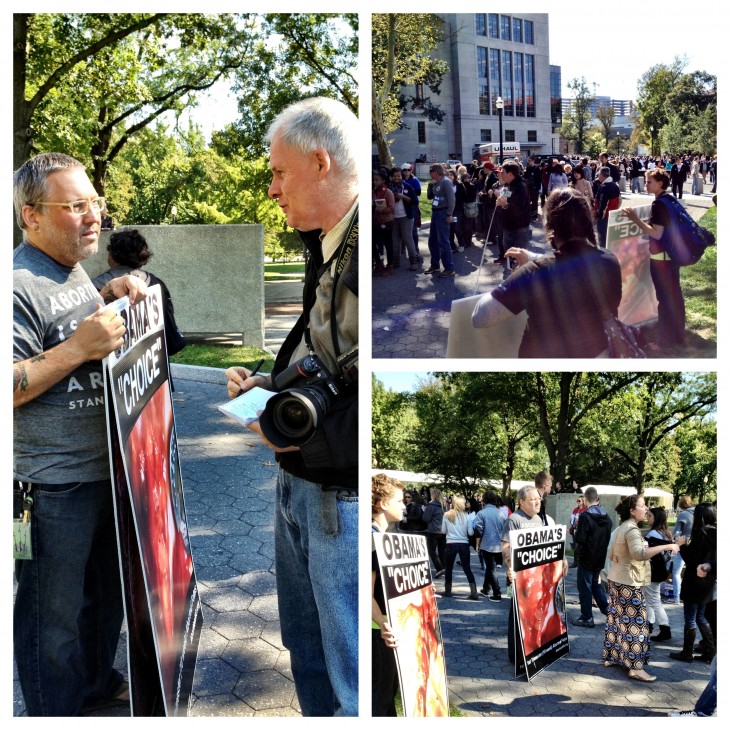 I just got back from Columbus, OH, where President Obama was speaking as part of his Presidential campaign at Ohio State University. Part of that campaign has been a very strong support for abortion which is nothing more than the killing of an innocent human person.

I joined our friends from the Abolitionist Society of Ohio as we gathered with about 20 abortion abolitionists at the very front of the line as it filed into the rally. We greeted every single person going into the rally with the truth about what President Obama supports so emphatically. If he is going to be that enthusiastic about his support of abortion, then he should be happy that we are showing his supporters what he is so gung ho about.

Of course we were greeted with the usual profanities, we were spit upon, we were yelled at, we were harassed by the Obama volunteer team, we were harassed by the police who demanded they had the right to create a special bubble to limit free speech and so much more. Those that did engage with us could never answer a single point we made and just changed the subject or started chanting “four more years”. Then there were the people who would look at the photos of aborted babies and start cheering like they were at a football game or say things like “I’m hungry”, “yummy” or things I will not repeat in this report.

Even with all the opposition most people could not take their eyes off the signs, they were staring at them and just looked in shock. Our prayer is that they go home and contemplate what they saw and seriously reconsider what they think about abortion. They have see the truth and we pray that it will sink in and God will change their hearts.

Here are some pics from the event: 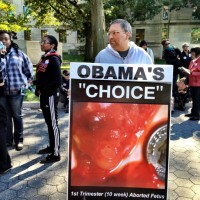 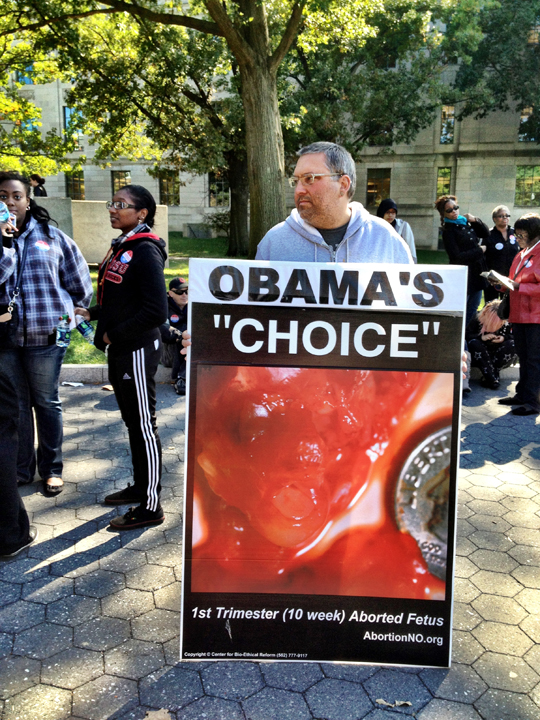 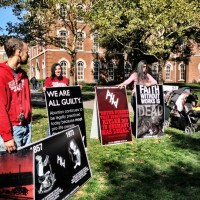 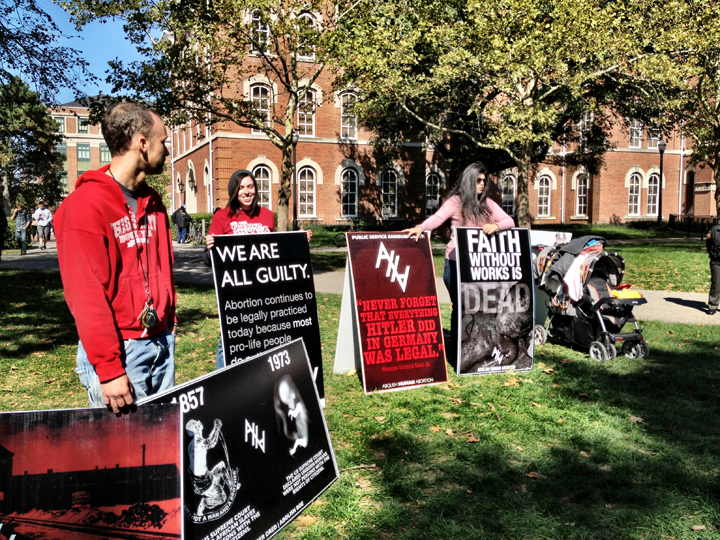 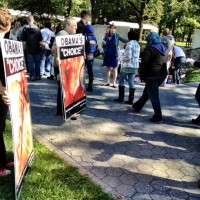 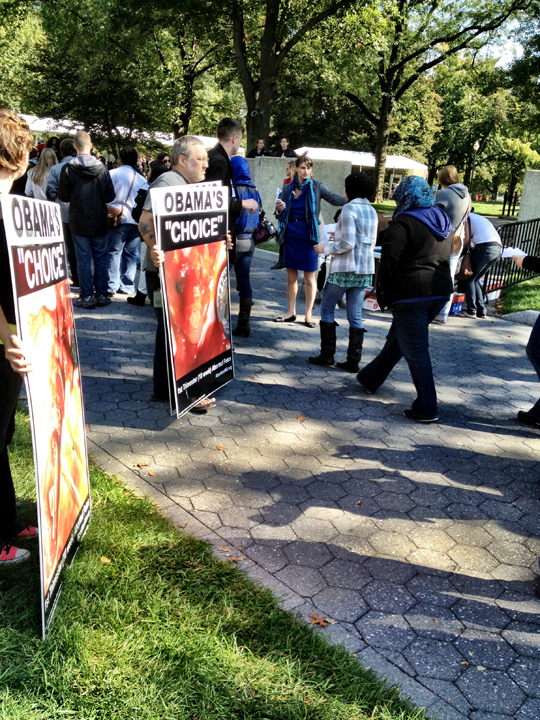 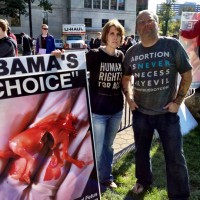 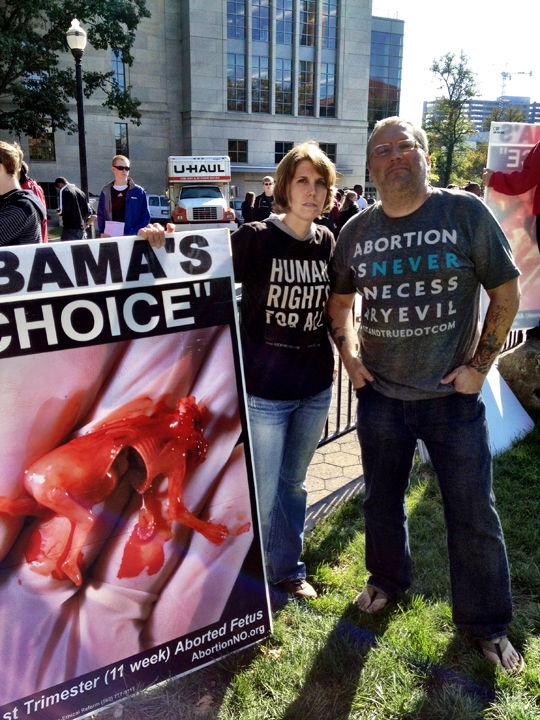 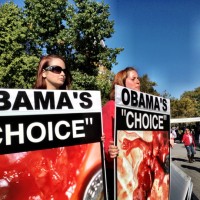 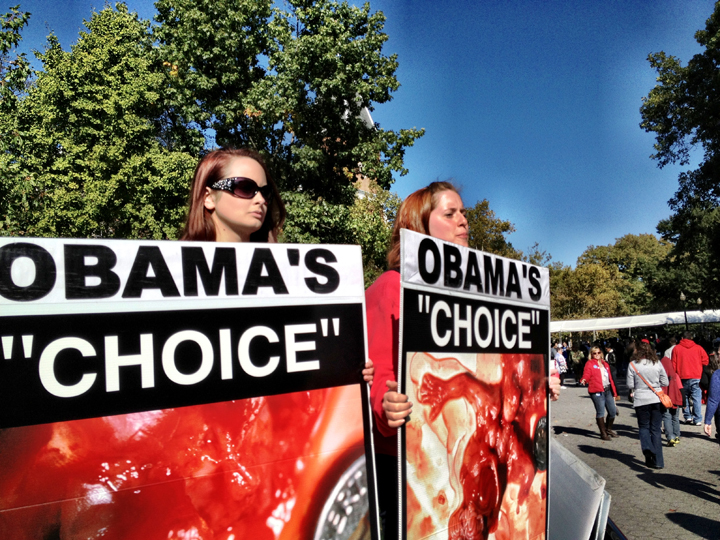 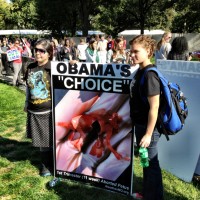 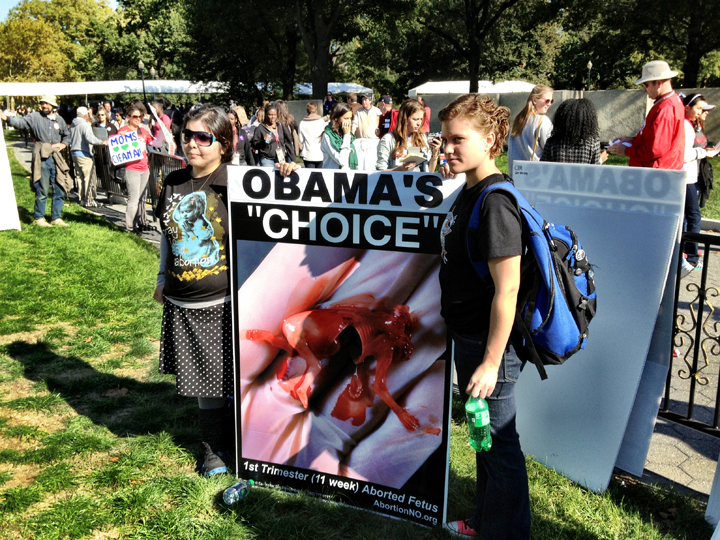 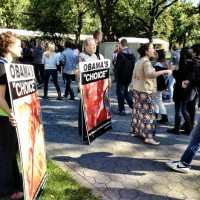 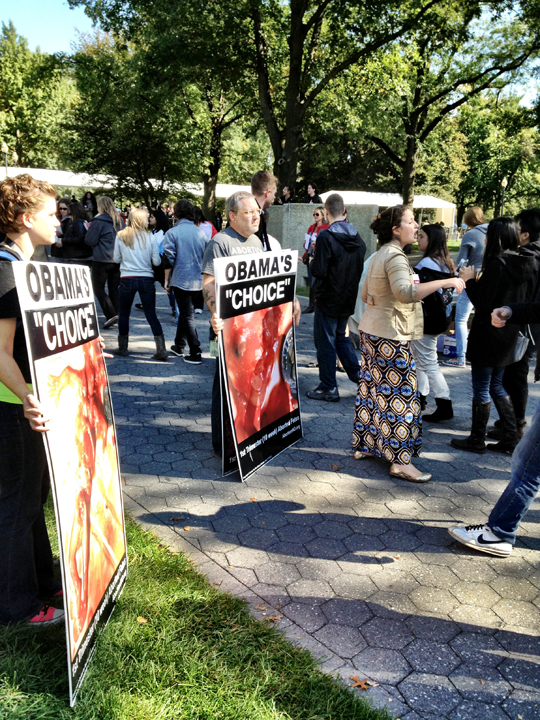 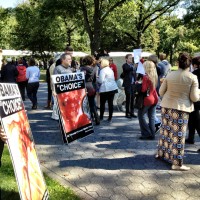 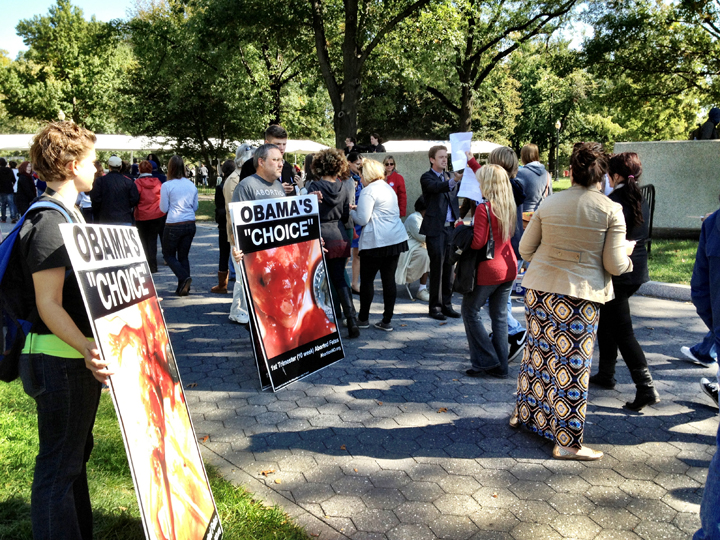 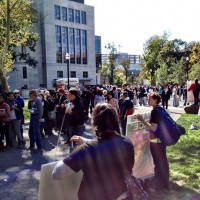 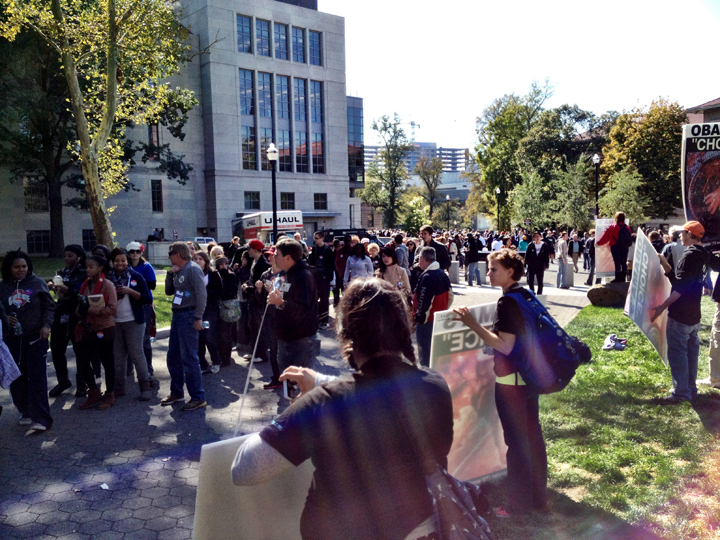 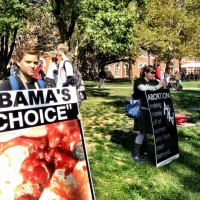 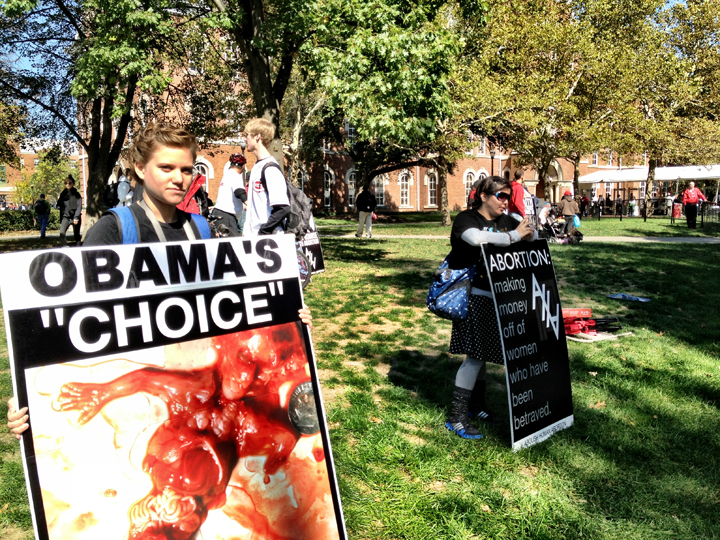 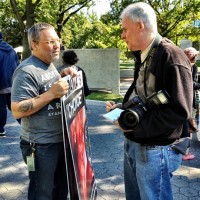 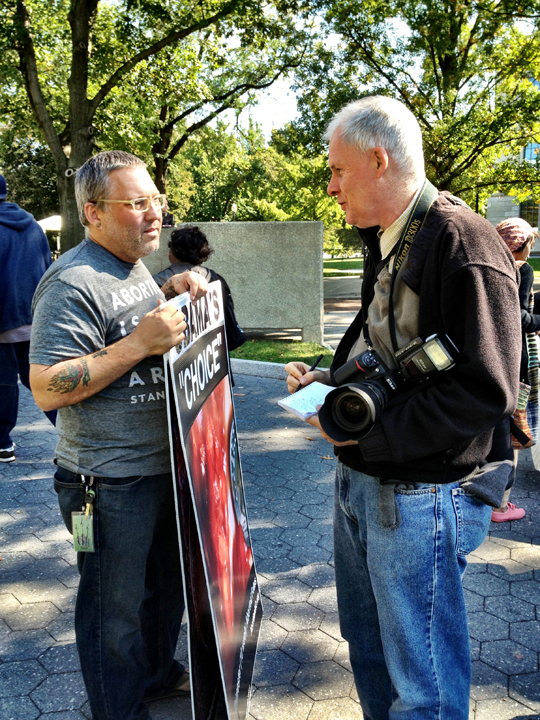 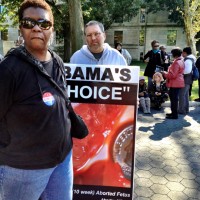 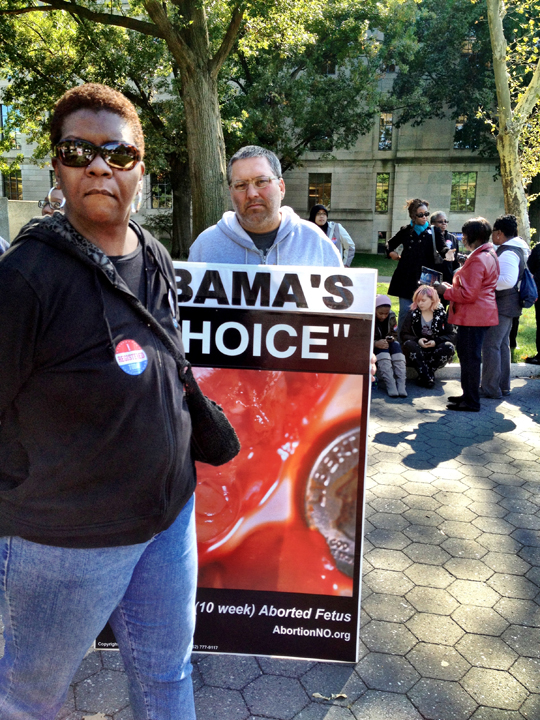 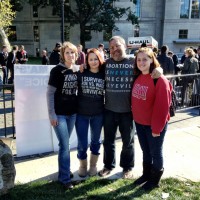 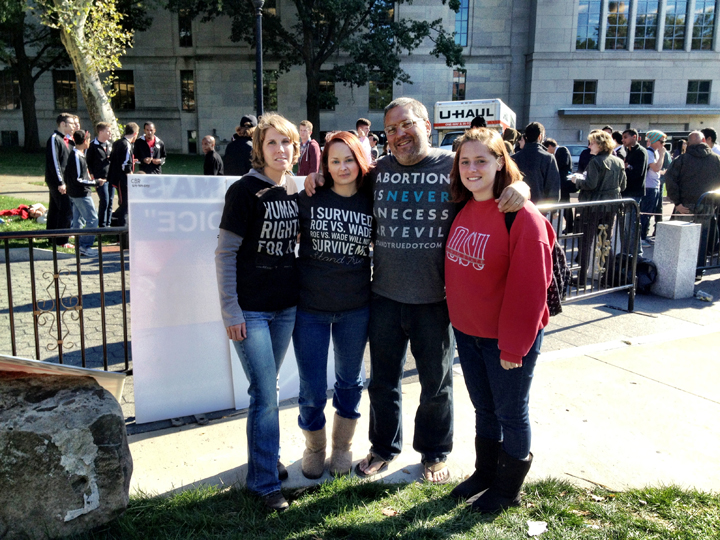 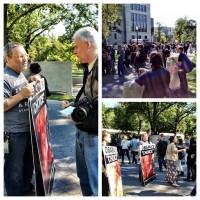 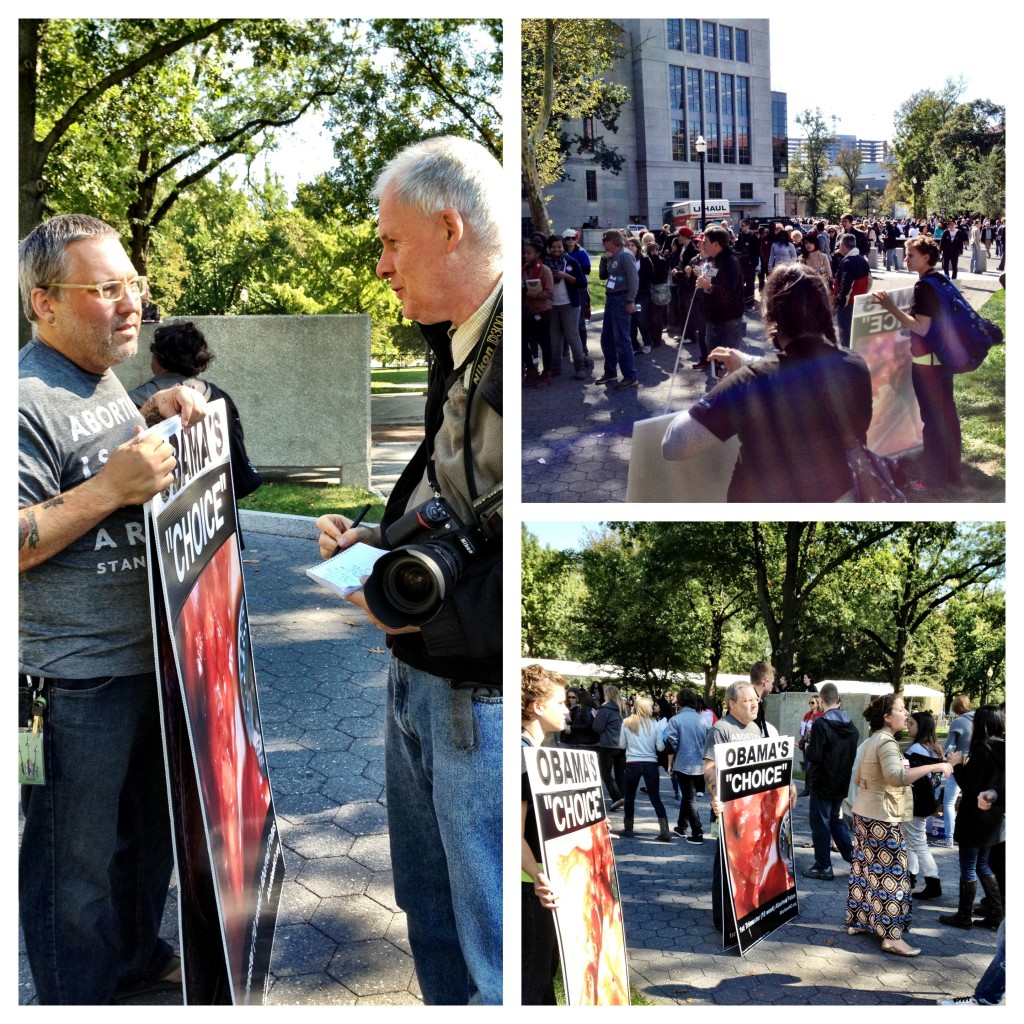