UPDATE: Pro-abortion reporter LIES (shocker) in her article about this event.

Here is what I left in the comment section of the online article: It amazes me when reporters lie. This is Bryan Kemper as mentioned in the article and I want to point out the lies. First, I and others were there for at least two hours before the rally. I have photos of all of our signs lined up on the grass and only a few PP people there setting up. Second there were as many women as men pro-lifers there about and several of them college students and much of the PP crowd was actually older. Not tweeting? I was tweeting, uploading to facebook, instagraming the whole time. I also have a video posted even though according you your we were not filming. At least be honest in your reporting even if you are biased. Oh and I can produce a ton of photos and video where you can clearly see the protesters.
Lets take to Twitter and call out this lier. We are the generation who will abolish abortion (and maybe bad reporting)
Here is her article. http://www.thedailybeast.com/articles/2012/08/31/believers-on-the-bus-planned-parenthood-s-social-media-push.html 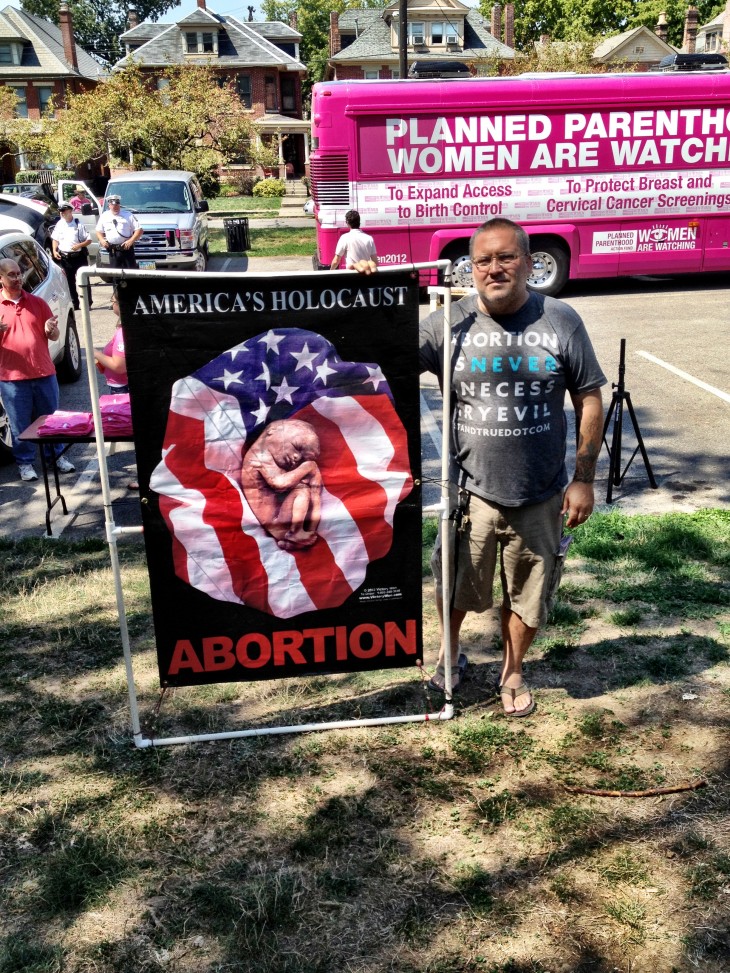 Stand True President and Priests for Life Youth Outreach Director Bryan Kemper joined locals from Columbus, OH and the Abolitionists Society of Ohio to greet the Planned Parenthood touring bus this afternoon.  A few hours before the event they heard rumor that Planned Parenthood President Cecile Richards would also be present at this tour stop to speak to their supporters.

Bryan Kemper met with local abolitionist at the park early to set up a perimeter around the Planned Parenthood event.  For almost an hour they stood with their signs showing images of aborted babies to the Planned Parenthood crew who were there to set up.  Bryan and the others addressed the pro-abortion workers asking them dozens of questions, all of which they refused to answer.  They shared the hope of Christ and pleaded with them to repent and give their hearts to Jesus.

Just before the Planned Parenthood bus arrived to start the rally, about 50 – 75 pro-abortion supporters began to gather in the rally site.  Most of them were aging and angry to see us there. One Planned Parenthood supporter repeatedly tried to shove Bryan Kemper into the camera podium and was warned by local police.

Sure enough, Planned Parenthood president Cecile Richards stepped off the bus and stood to the side.  Bryan and the rest of the pro-lifers called on Cecile to explain how Planned Parenthood had stood up for the young woman’s rights in Chicago (she was killed at a Planned Parenthood).  Bryan Kemper challenged her again and again, asking her to address this woman’s death.

The pro-lifers also asked the Planned Parenthood supporters how they can tell the government to “stay out of their uterus,” and then demand the government pay for birth control and abortion?  Bryan Kemper asked Cecile Richards this over and over, until she finally turned around and yelled at him to just go vote.

The pro-lifers were determined that the president of the largest baby-killing organization in the world was not going to come into their town and freely spew their hatred and lies without being challenged.  Throughout the duration of Cecile’s talk, the abolitionists were so loud and vocal that Cecile had to make a snide comment about them not being able to find their own rally.

As they packed up to get on their pepto-pink death bus, Bryan Kemper challenged Cecile to a public debate.  She just gave him a dirty smirk and got onto the bus.

Stand True, Priests for Life, and The Abolitionist Society of Ohio plead with everyone who lives along the Planned Parenthood bus route to get your local pro-lifers out to greet them and say what the pro-lifers said in Columbus, “not in my town.”

Here is a video of Bryan Kemper challenging Cecile Richards and some photos of the event: 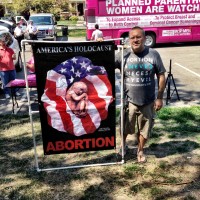 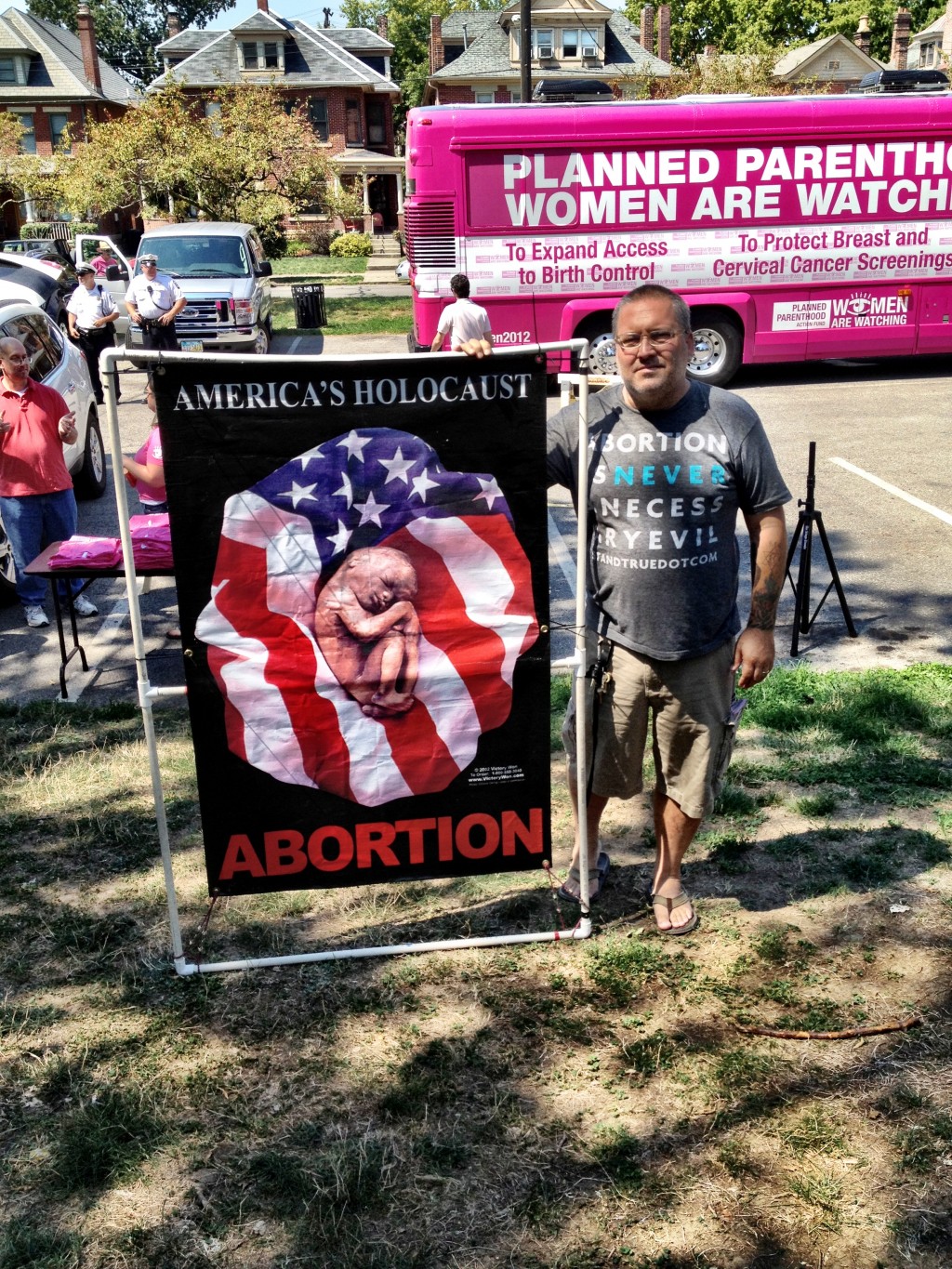 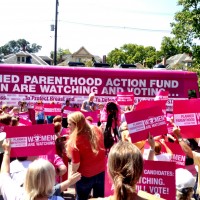 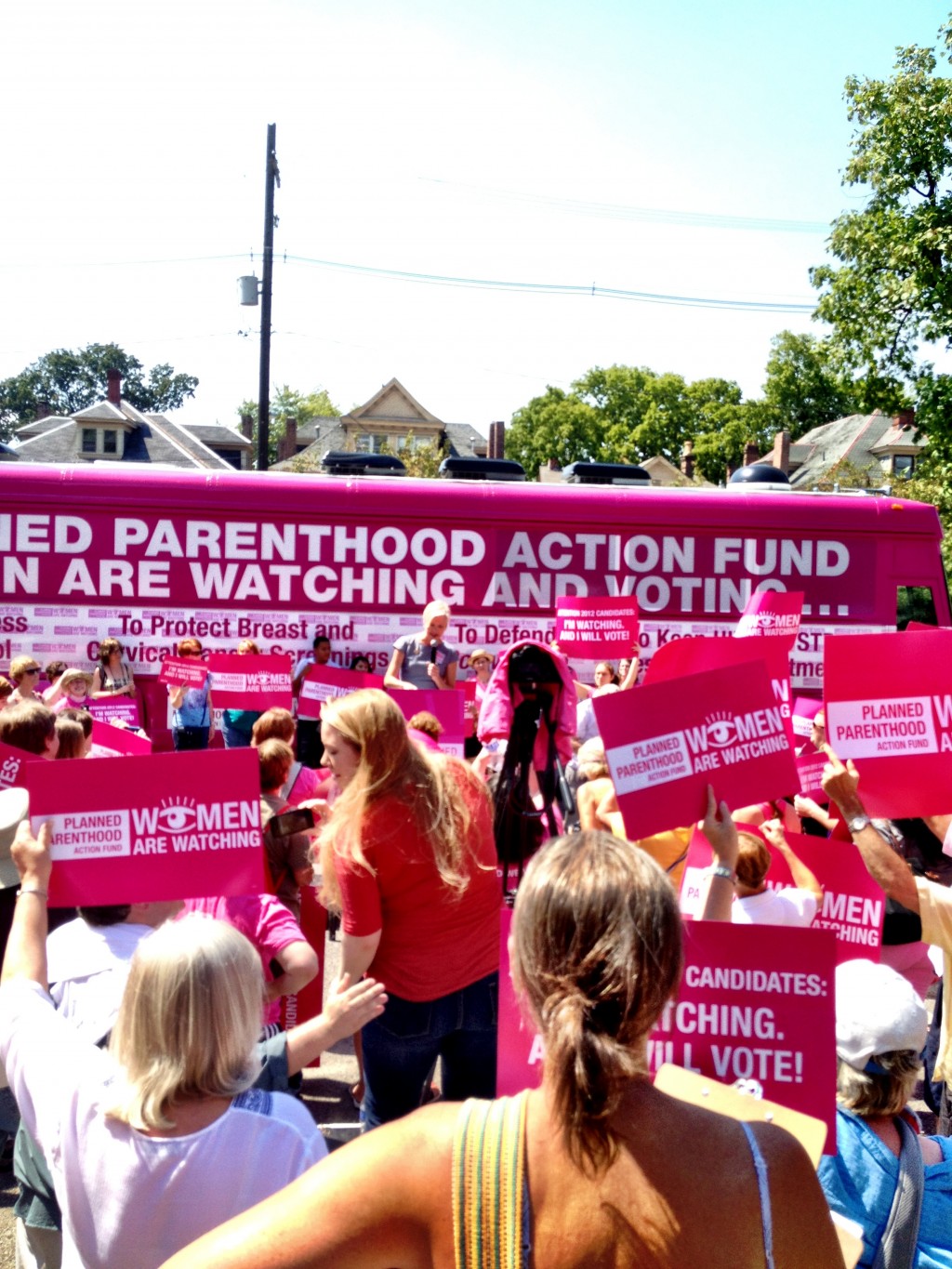 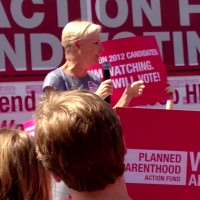 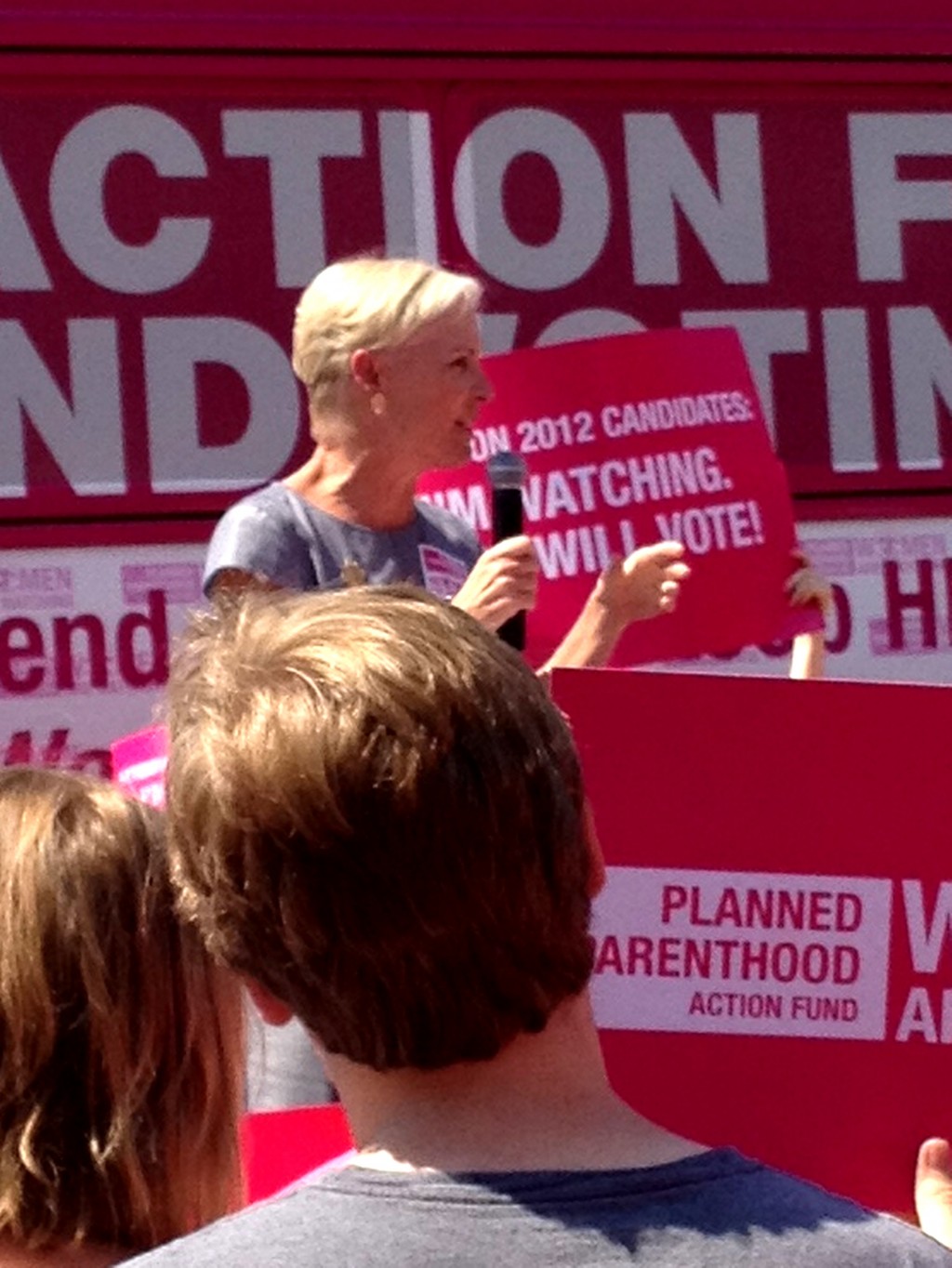 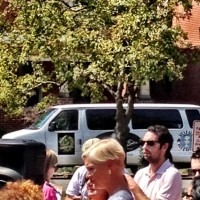 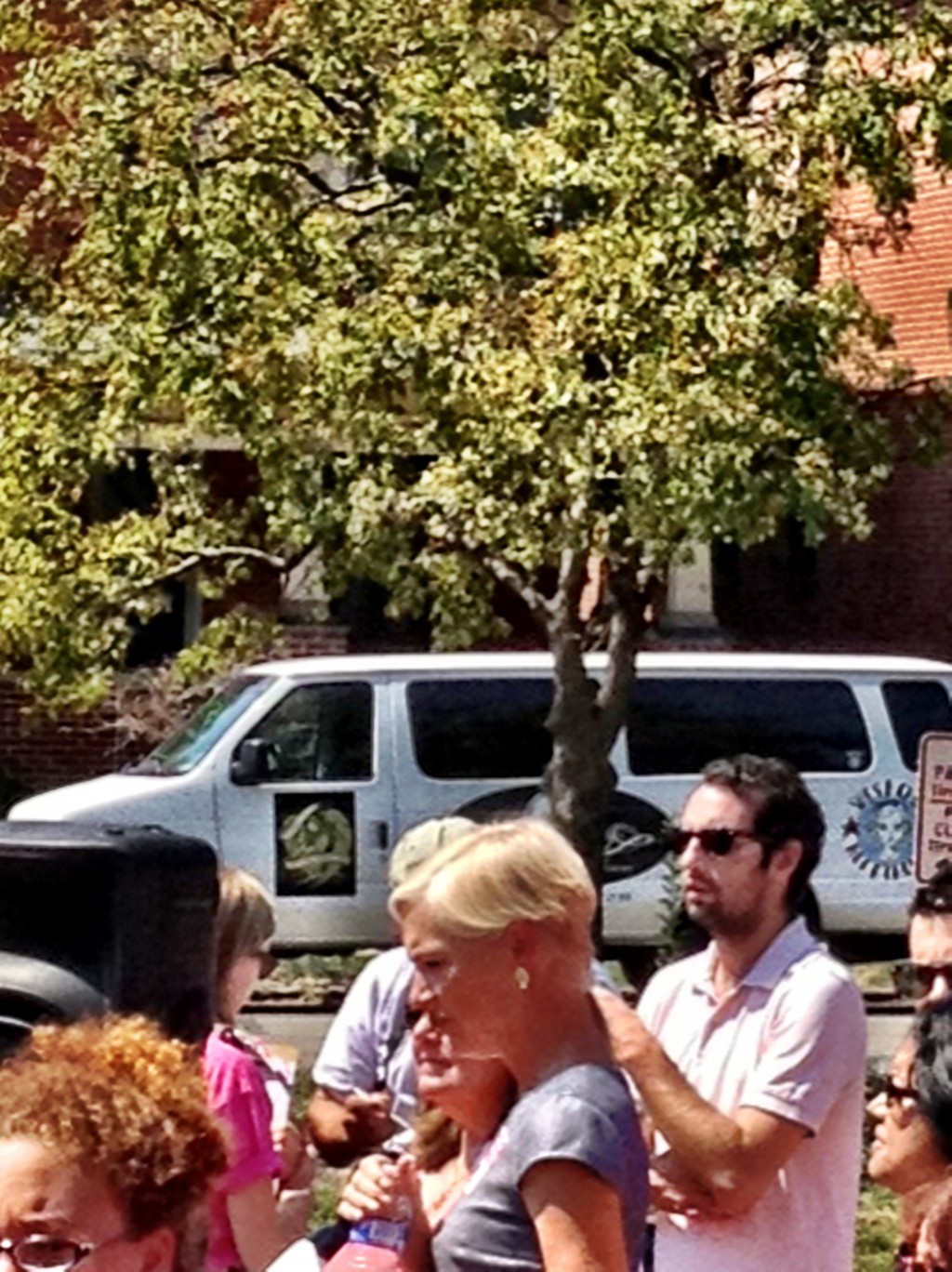 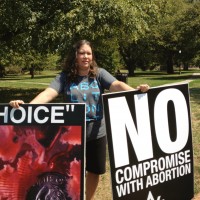 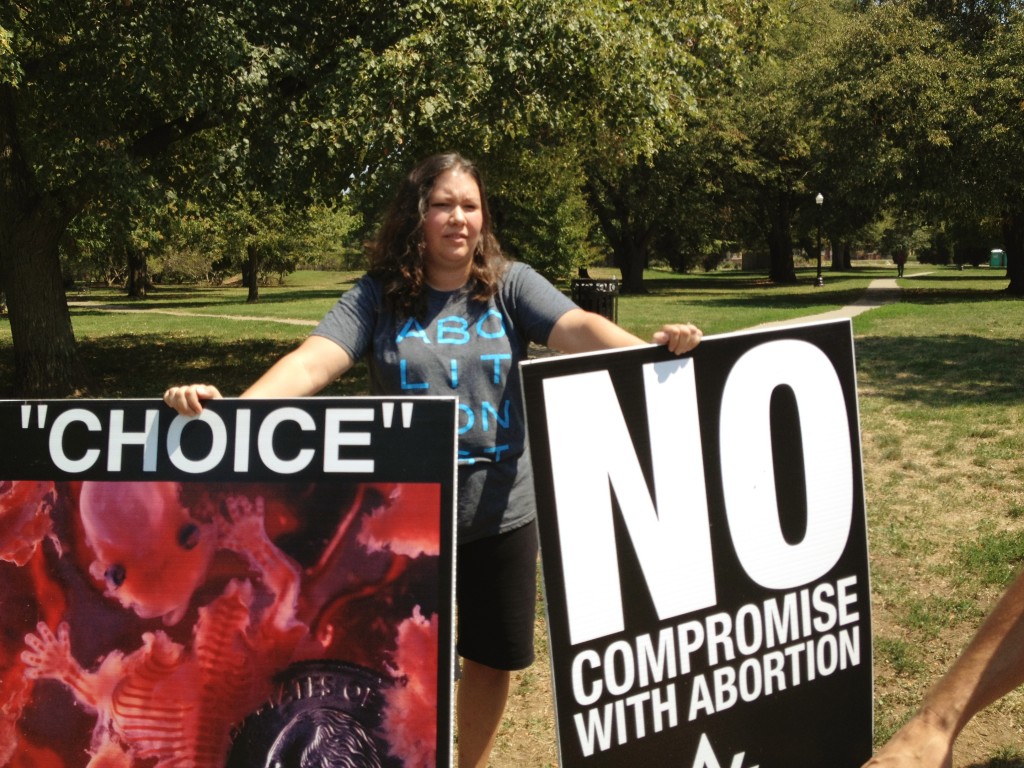 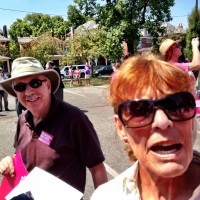 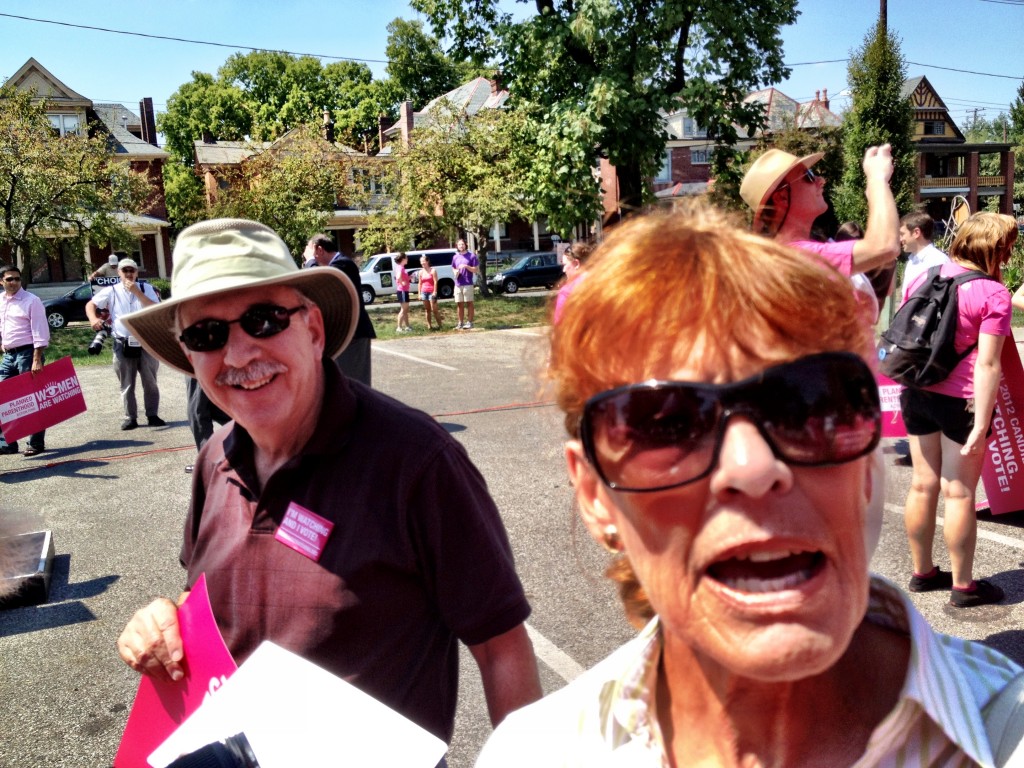 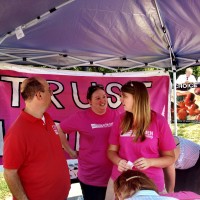 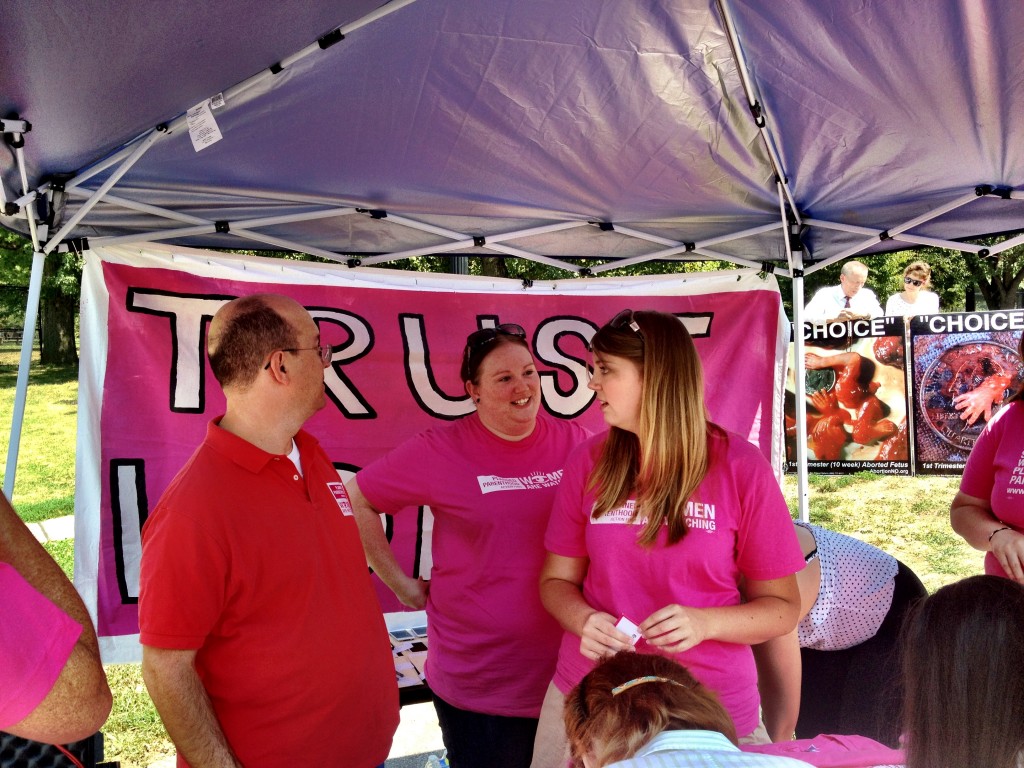 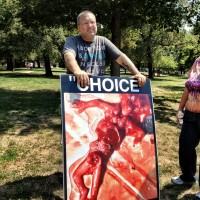 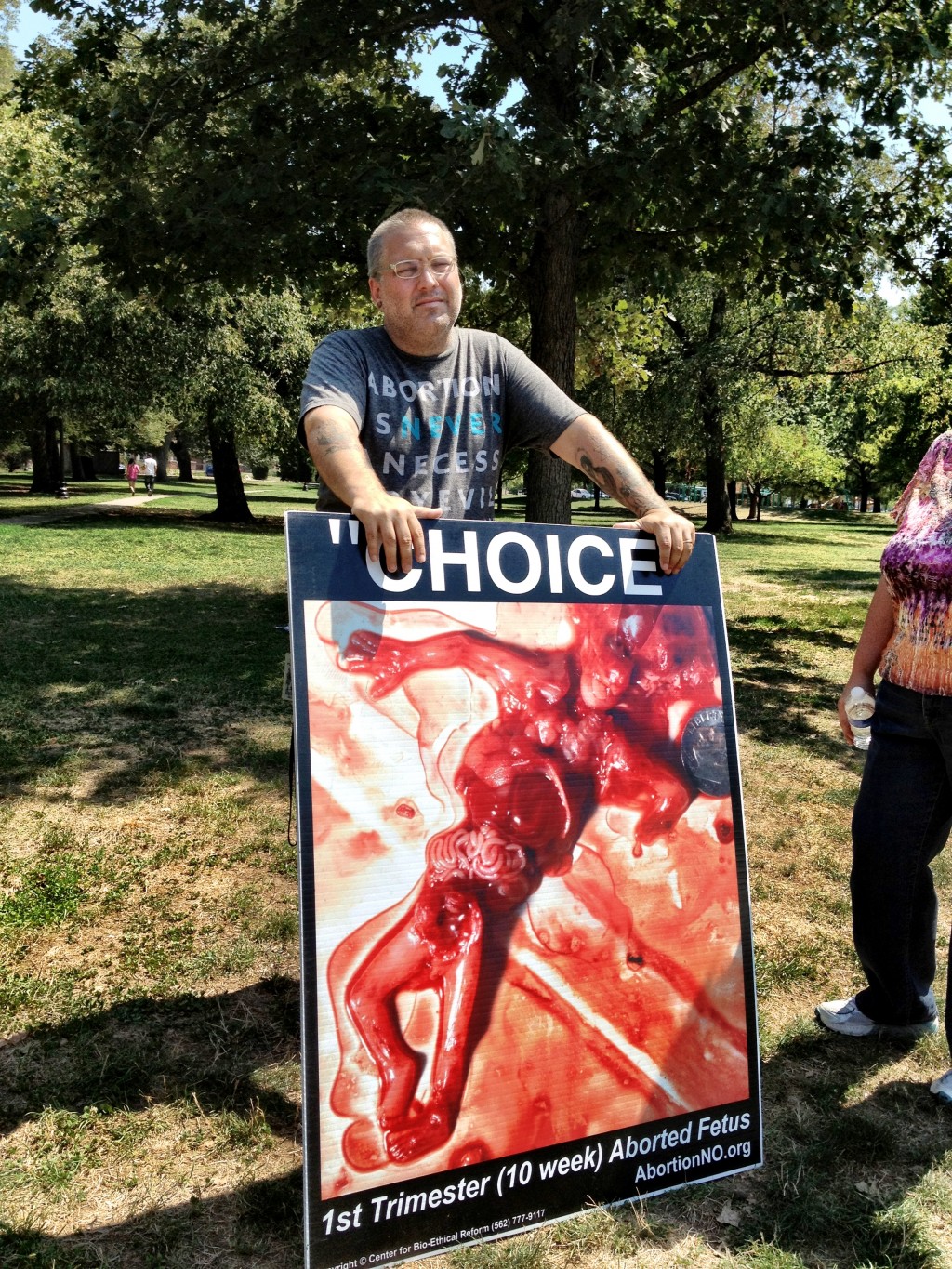 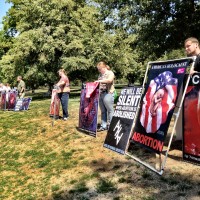 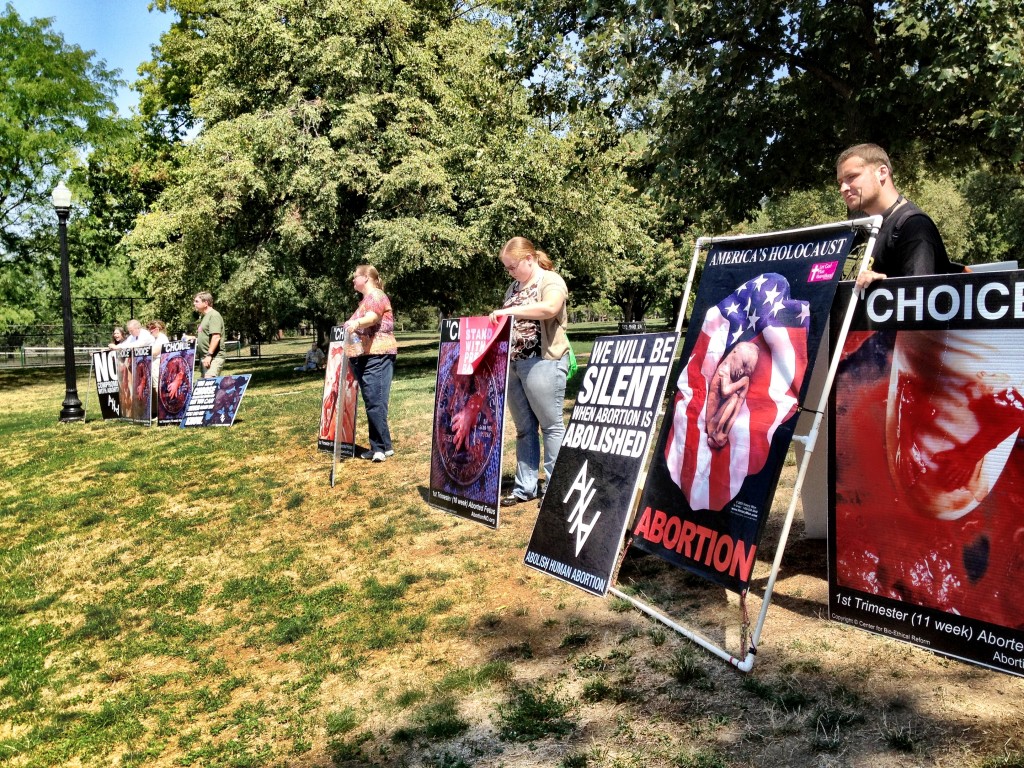 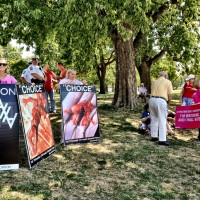 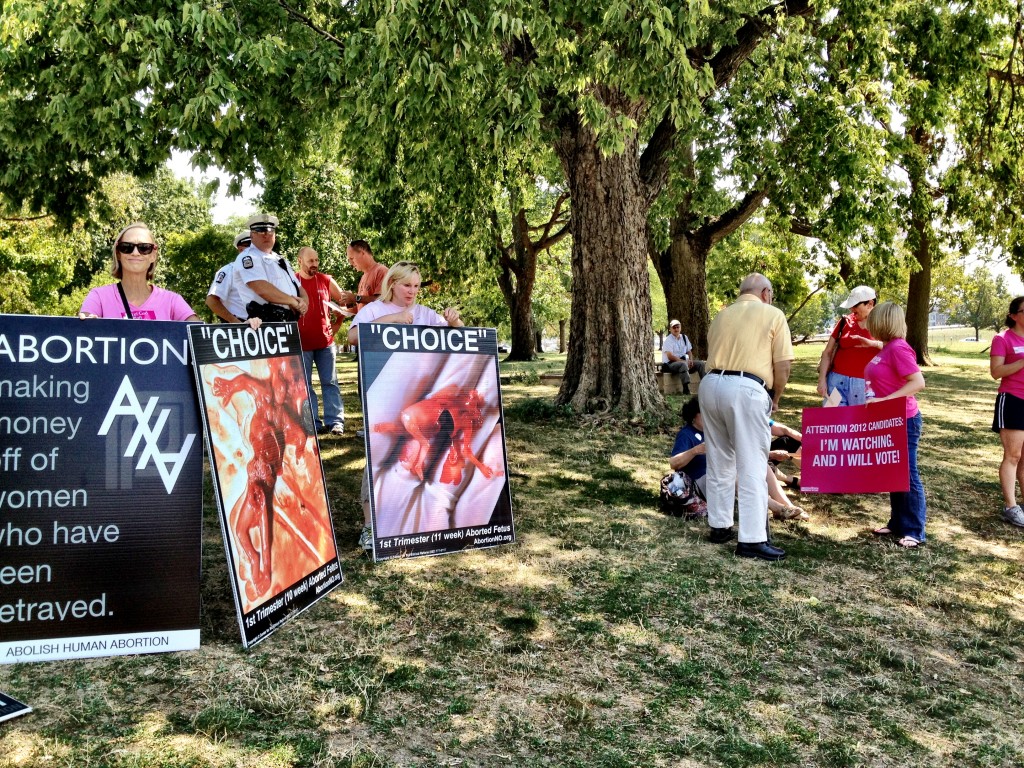