A new undercover video was released this morning by the Center for Medical Progress, further exposing the sales trade of human body parts for profit in America.  In this video, Cate Dyer, the CEO of StemExpress is seen joking about fully intact babies and how to ship them. No matter how many claims of editing people want to throw out there, it is very clear what is going on in these conversations.

One of the most glaring things talked about in this new video was volume, how many body parts are actually harvested from Planned Parenthood. Dyer talks about how much of a high volume organization Planned Parenthood is, which is in direct contradiction to one of Planned Parenthood’s biggest talking points, the “three percent” lie.

Father Frank Pavone, National Director of Priests for Life said, “We have consistently maintained that Planned Parenthood profits from the sale of baby body parts. This video shows that clearly. Making a profit on the sale of body parts is against federal law. Despite the convictions of some abortion advocates, Planned Parenthood is not above the law. It is time to hold them accountable for their actions, and it is time for us to hold our public officials accountable for their responsibility to properly investigate and prosecute this illegal enterprise.”

After you watch this video, please share it on every social media channel you have.

We are also excited to introduce the new, “Defund, Shutdown and Prosecute Planned Parenthood” t-shirt available now at prolifeworld.com 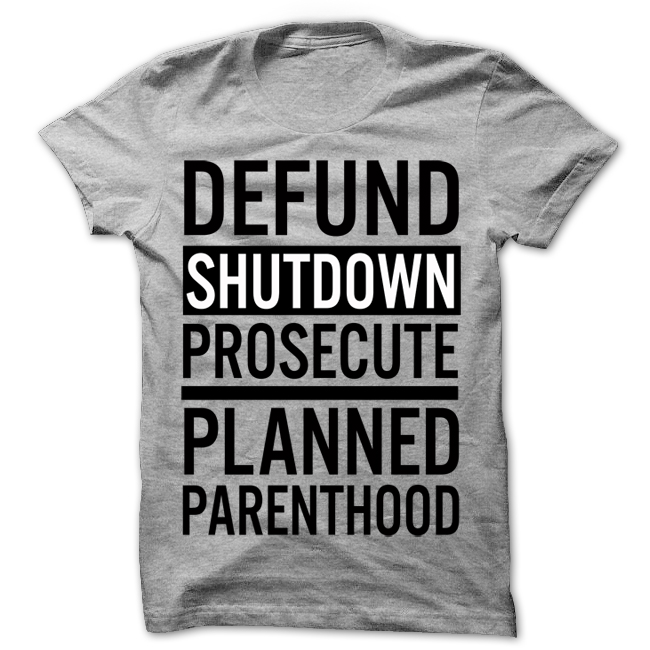