Today a Federal Judge denied Planned Parenthood’s request to rule a ban of state funding unconstitutional. While this is just the first step it is an great victory. 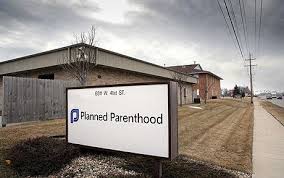 A federal judge today denied Planned Parenthood of Indiana’s request that she order the state to hold off on enforcing a new law cutting funds to the health care provider.

Planned Parenthood challenged the constitutionality of the law and filed a restraining order in U.S. District Court in Indianapolis Tuesday — hours after Gov. Mitch Daniels signed it.

Judge Tanya Walton Pratt will take more time to consider whether the law itself should stand. Today’s ruling was only on Planned Parenthood’s request for an emergency hold on the law.

In coming weeks, the judge will consider both sides’ arguments and decide by July 1 whether to issue a preliminary injunction barring the state from enforcing the law.

Pratt said from the bench that today’s ruling should not be viewed as an indication of how she will rule on the law’s constitutionality. Allowing the law to go into effect now would not cause irreversible harm, she said, in part because Planned Parenthood has up to a year to bill for Medicaid expenses. Also, she said, the health-care provider also has an emergency fund to help cover costs.

“This court is not persuaded that (the law) will have a concrete and immediate effect,” Pratt said.

While this is not the final ruling, it is nice to see Planned Parenthood cannot just bully this federal judge. We still have a lot of praying to do about the defunding of the nations largest child killer in Indiana, but today we got one more step closer.

If your not familiar with what is going on, Indiana became the first state to defund Planned Parenthood after the failure to do so in the US Congress earlier in the year.

Yesterday Indiana Gov. Mitch Daniels (pictured above) signed a new law that makes his state the 1st in the country to cut off federal funding to Planned Parenthood. The law specifies the state cannot enter into contracts with businesses that provide abortions, excluding hospitals hospitals and ambulatory surgical centers. Obviously, PP is the target.
This amounts to roughly $3 million annually, or 20% of PPIN’s budget, according to its president, Betty Cockrum. PPIN owns 28 clinics, 4 of which commit abortions.

The new law took effect immediately, but PPIN and the ACLU likewise immediately filed a motion in court to block it. US District Judge Tanya Walton Pratt (pictured right) is expected to rule on their request for a restraining order today. Pratt is an Obama appointee, so don’t hold your breath on the outcome of this 1st legal step of many. At issue is Medicaid funding. The other side’s argument, according to the Los Angeles Times:

PP says the measure is unconstitutional and violates federal law. It says 22,000 patients could be left without access to Pap tests and other non-abortion services.