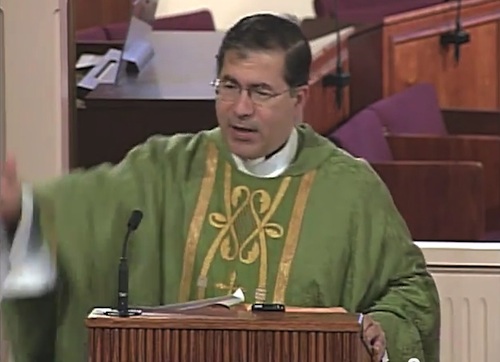 Pulpit Freedom Sunday: It is based on a simple question: May the government filter, edit, or veto the contents of a sermon?

No court has ever heard a case regarding whether the Internal Revenue Service can do so. Yet every day – and especially in these weeks prior to an election – preachers act as if their sermons have to be vetted and approved by the IRS.

Indeed, the IRS issues guidelines saying that in order to retain its tax exemption, Churches and other organizations set up as “501 (c)(3)” entities must avoid any intervention in a political campaign, that is, by either directly or indirectly advocating for or against the election or defeat of a specifically identified candidate in a specific race.

But this restriction is not in the Constitution. In fact, it only goes back to 1954, to a provision that has no legislative history and has never been challenged in court. Moreover, the restriction contains inherent ambiguity, because the IRS says that all the “facts and circumstances” have to be taken into account to determine exactly when a preacher has “crossed the line.” In practice, this means that you may not know that you’ve crossed the line until after the fact.

The result is a chilling effect on speech.  Pastors who don’t want the headache of having to defend themselves against complaints, or who are fearful of crossing the line and finding out later, take refuge so far away from the line that they never talk about the elections or political responsibility at all. And when I say “pastors,” I’m not just talking about the decision of an individual priest. This chilling effect has become institutionalized in the policies and guidelines of many dioceses and other Church institutions, who draw the line so far from what it actually is that legal experts laugh out loud and the Church gets a reputation among the legal community as a great big coward.

Since 2008, therefore, pastors across the nation have begun to rise up with a simple message: No government interference in the pulpit! They have decided, on a designated weekend, to preach sermons outside the usual restrictions of the IRS, and have sent those sermons to the IRS. The hope is that this will lead to a court case that can clarify whether the restrictions are in fact even constitutional.

In 2010, a hundred pastors engaged in this project. The IRS raised no complaint.

Last year, 539 pastors sent in their sermons challenging the IRS restrictions. And nothing but silence came from the IRS.

This year’s numbers have surpassed a thousand.

It seems clear that the IRS does not want the 1954 restrictions subjected to court scrutiny. We will report more of what happens as a result of this Pulpit Freedom Sunday. Stay tuned!