Rolling Stone must have been stoned when they published this pile of lies. 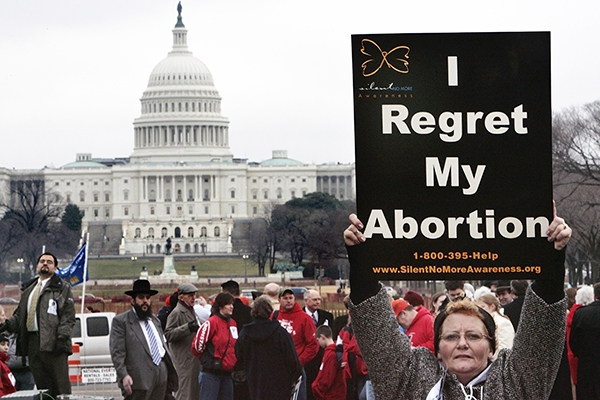 It never ceases to amaze me how much the pro-abortion industry will twist the truth, leave out facts and just plain lie to protect their blood money empire. They have created campaigns to smear the pro-life movement like “the war on women” which actually better describe themselves. They know they can only win with rhetoric and lies because truth and science just don’t support the idea that killing innocent children is copacetic.

In Rolling Stone’s recent article, “The Seven Most Common Lies About Abortion

Debunking anti-choice misinformation about women’s health”, (http://www.rollingstone.com/politics/news/the-seven-most-common-lies-about-abortion-20140226) the writer is really just trying to de-stigmatize abortion, clean up its well-deserved reputation.  But what she is really doing is just saying “nah ah” to reality in an attempt to hide the ugly truths about the destructive and damaging real war on women.

I find it very telling that they did not even attempt to refute the fact that abortion kills a human person. The writer mainly deals with the after effects of abortion, trying to make it seem like abortion is just a walk in the park, never once dealing with the reality of what an abortion directly does. This generation knows that abortion does kill a human being; the science of this is not something that can be argued against anymore. Now the pro-abortion side must attack the consequences of abortion in an effort to de-stigmatize it.

I went back and read this article again and could not find any references to the second person affected by abortion, the person being aborted. The pro-abortion industry knows that when the focus is put on the baby, they lose. They know that when a woman is shown an ultrasound of her child she will most often choose to not abort that child.

This is one of the so-called “lies” the writer tries to debunk but in doing so really exposes the truth. Why would they fight so hard against women seeing these ultrasounds if they do nothing to deter them from abortion? That is kind of like the old “nothing to see here, move along” line. When someone is saying that it is because there is something to see and they really don’t want you to see it.

One of the things this article tries to claim is that most women don’t regret their abortion or that there is no such thing as Post Abortion Syndrome.  Georgette Forney of Silent No More addresses these points in her blog at – http://bit.ly/1mHLWFV.

With new laws being introduced around the nation that focus on the humanity of the child in the womb at different stages of life, the pro-abortion industry grows more and more worried about their empire. With the pro-life side getting younger, louder and more active they know they are in trouble and have openly talked about this fear. With the Personhood measures getting introduced to more and more states, they know that it is only a matter of time until we overturn Roe and restore personhood to children in the womb.

They know that this is the generation that will abolish abortion and our motto rings true in their ears.  We survived Roe vs. Wade, Roe vs. Wade will not survive us. Nice Try Rolling Stone, but I think you must have been stoned when you decided to publish this hack piece you call an article.