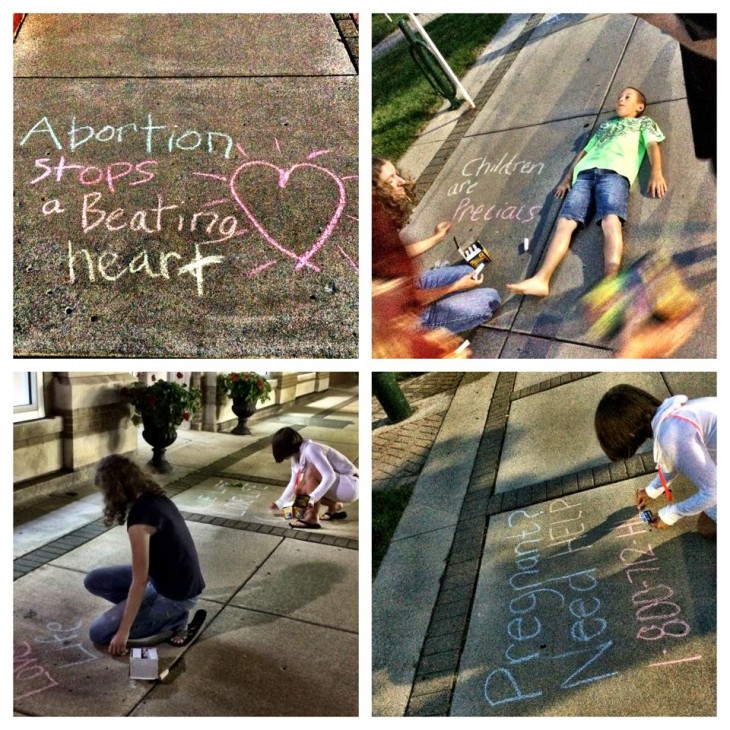 Last night Stand True President, Bryan Kemper, the Stand True Missionaries and some of Bryan’s children were approached by the Troy, OH Police Department while they were sidewalk chalking. We were told that we could not do this because Troy, OH passed a special law that is only in effect for 4 days to stop Stand True from sidewalk chlaking. In the ordinance passed to permit the Strawberry Festival in downtown Troy, OH it included this “SECTION VII: That no person shall write, paint, chalk or otherwise permanently or temporarily deface or mark on the public streets, sidewalks, alleys or other public areas in the event area, as shown on “Exhibit A” attached hereto, from 9:00 PM on Thursday, June 5, 2014 through 7:00AM on Monday, June 9, 2014″

I talked with the police and got information on the ordinance and showed them an opinion from the Sixth Circuit Court of Appeals concerning free speech at city festivals. I agreed to stop chalking last night until I could talk to my lawyers.

We intend to enter the festival which is on the public streets and sidewalks of Troy, OH with a large life development display on Saturday. We will be joined by Created Equal to show the display and distribute literature. The Police Captain told me last night he does not care about that, only about the chalking.

The Alliance Defending Freedom attorneys have advised that we do not chalk for now and get the police to say on video that we are not permitted.

We will keep you posted on our activities and outreach this weekend in Troy, OH.

On a good note, we had already chalked most of downtown when they told us to stop.

As I was typing this story the Police Captain came by and we talked about the situation, he assured me we will not be stopped from passing out literature and doing our life development display. Unfortunately, they picked our missionary house as the place to put all the port-a-potties. 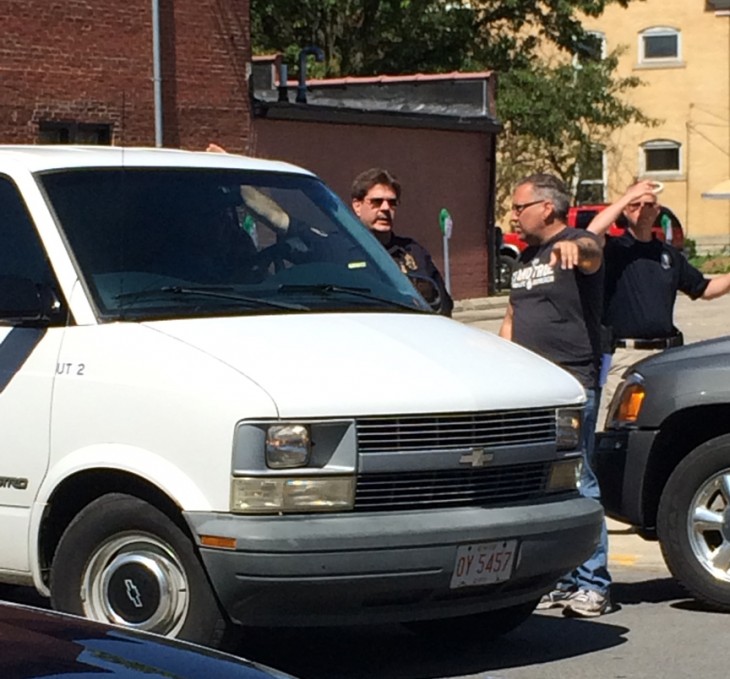 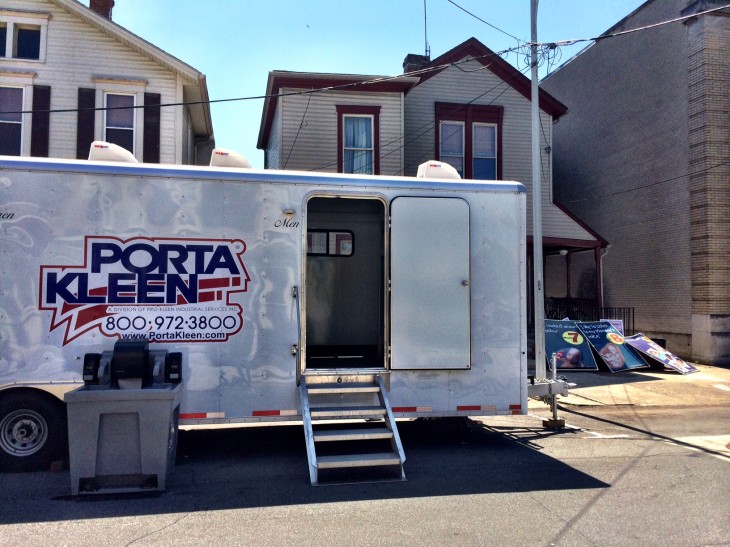 Here are some more photos from last night. 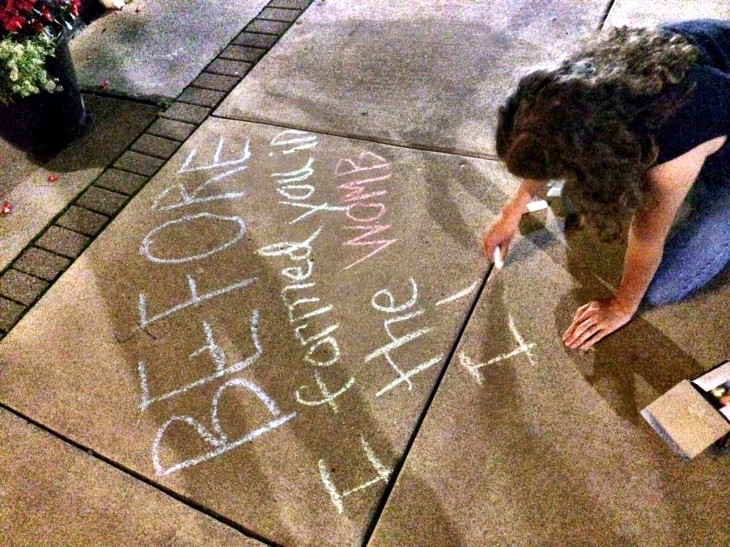 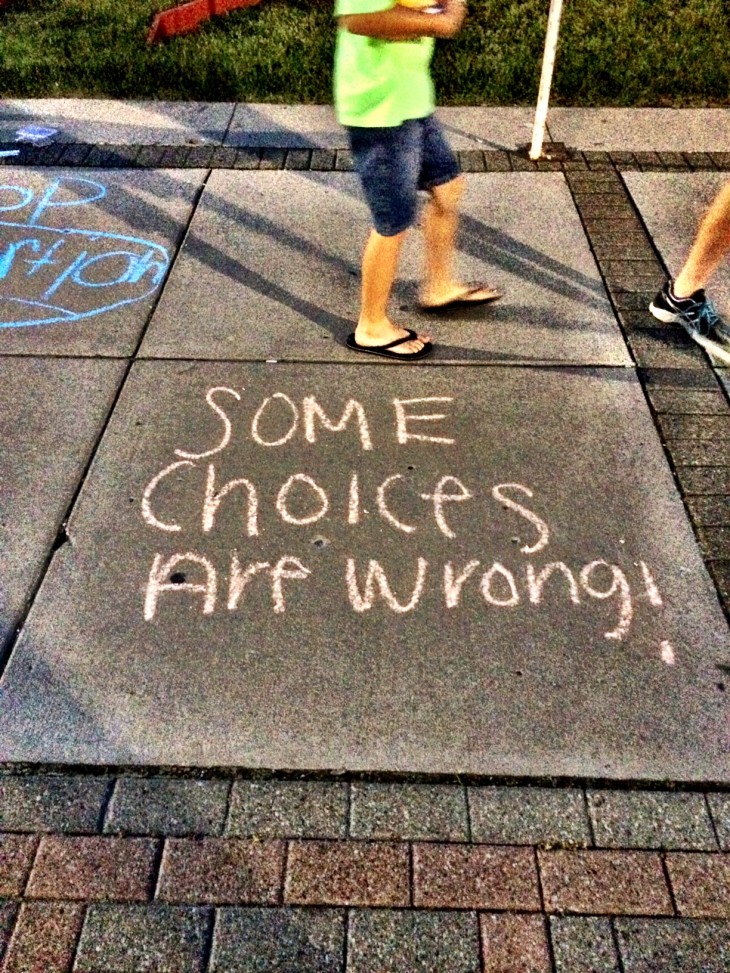 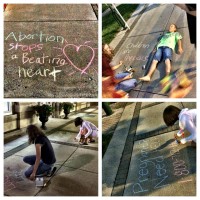 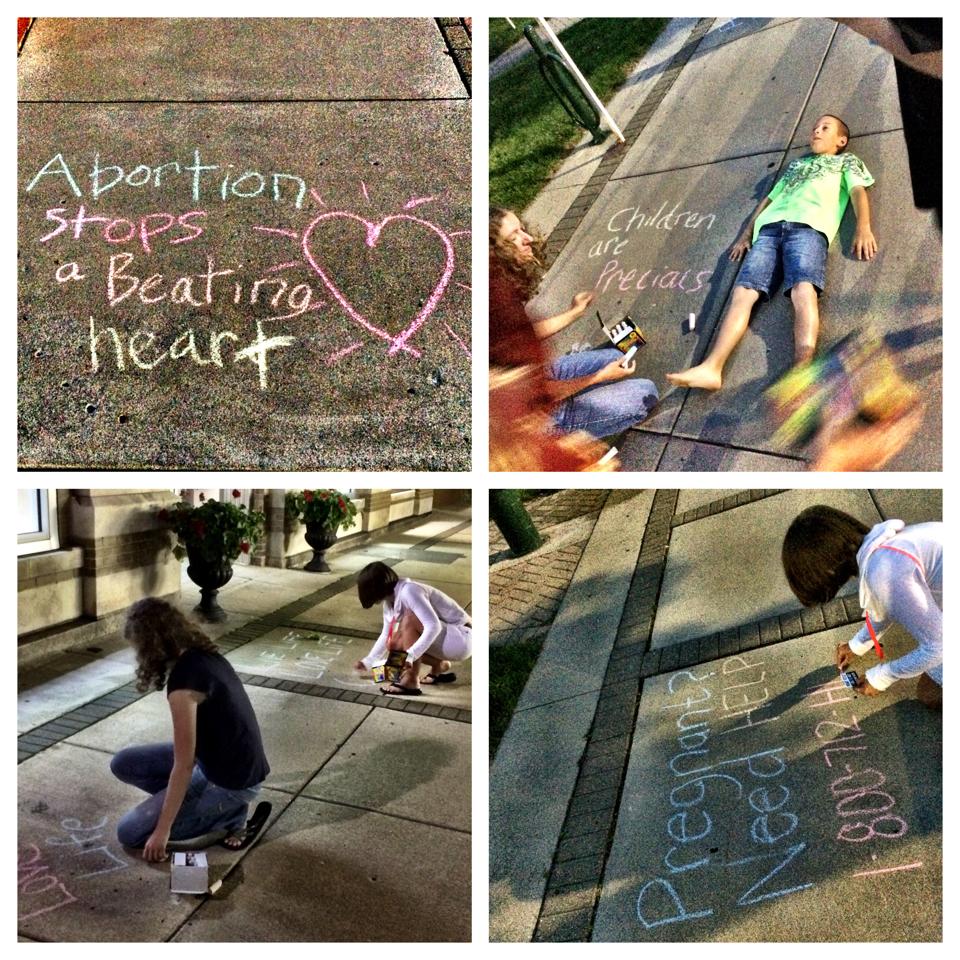 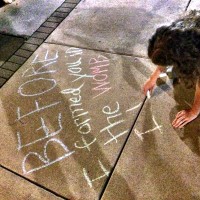 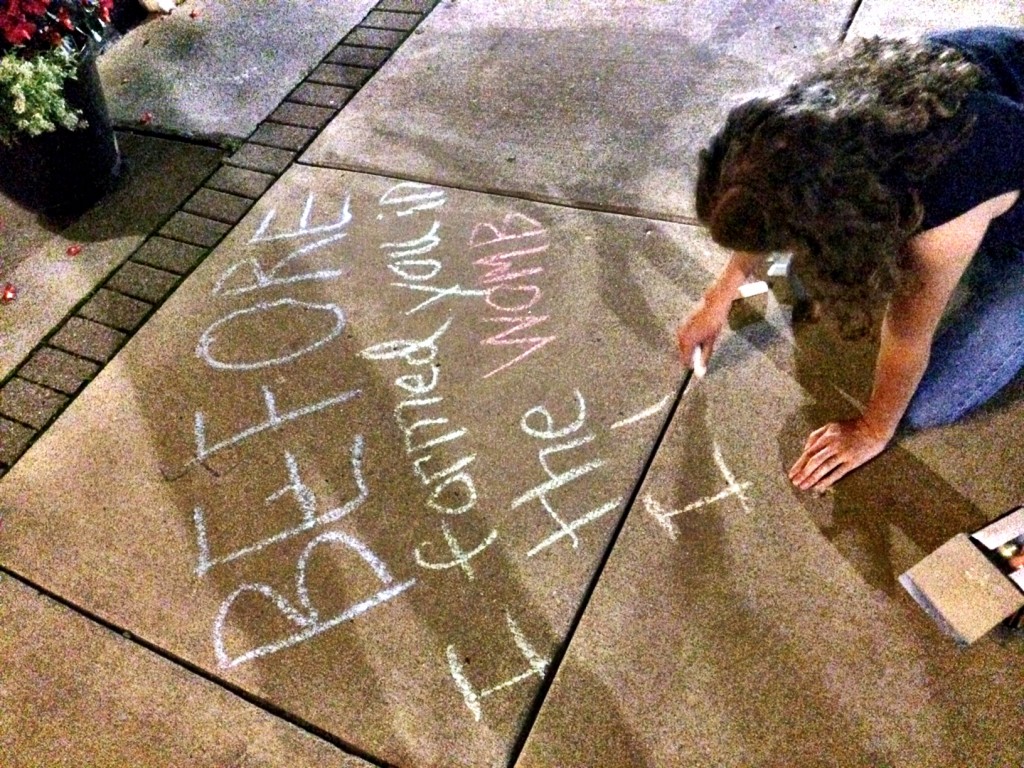 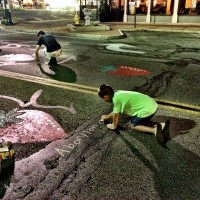 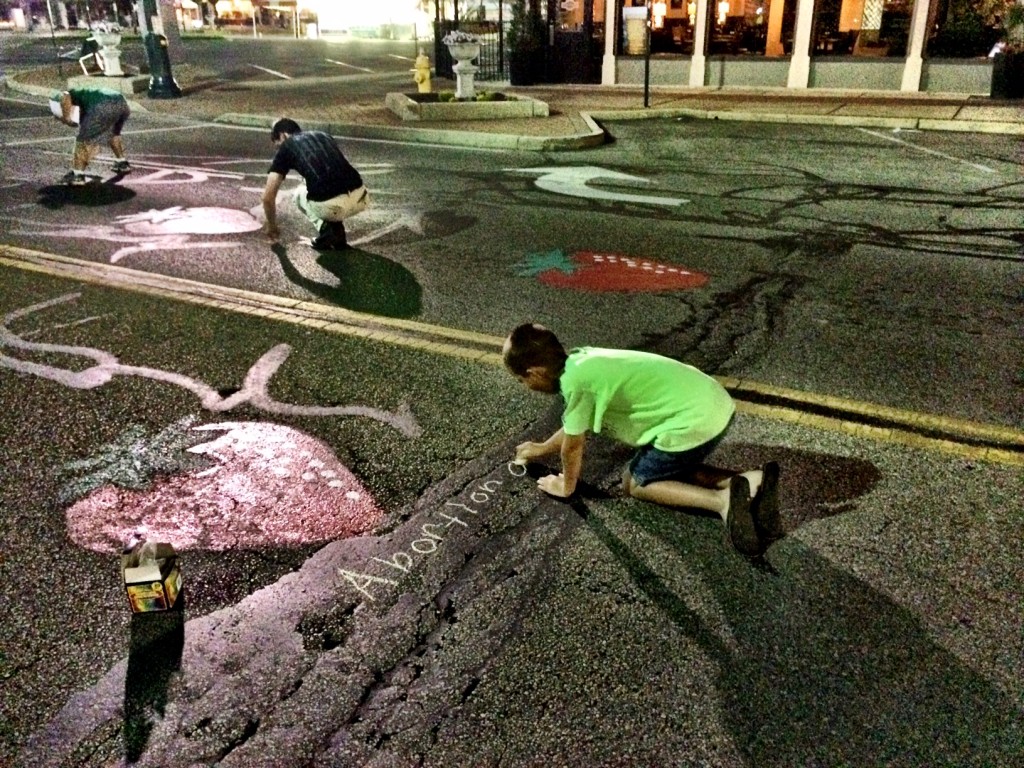 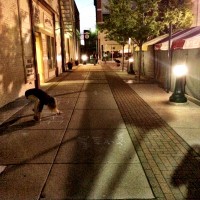 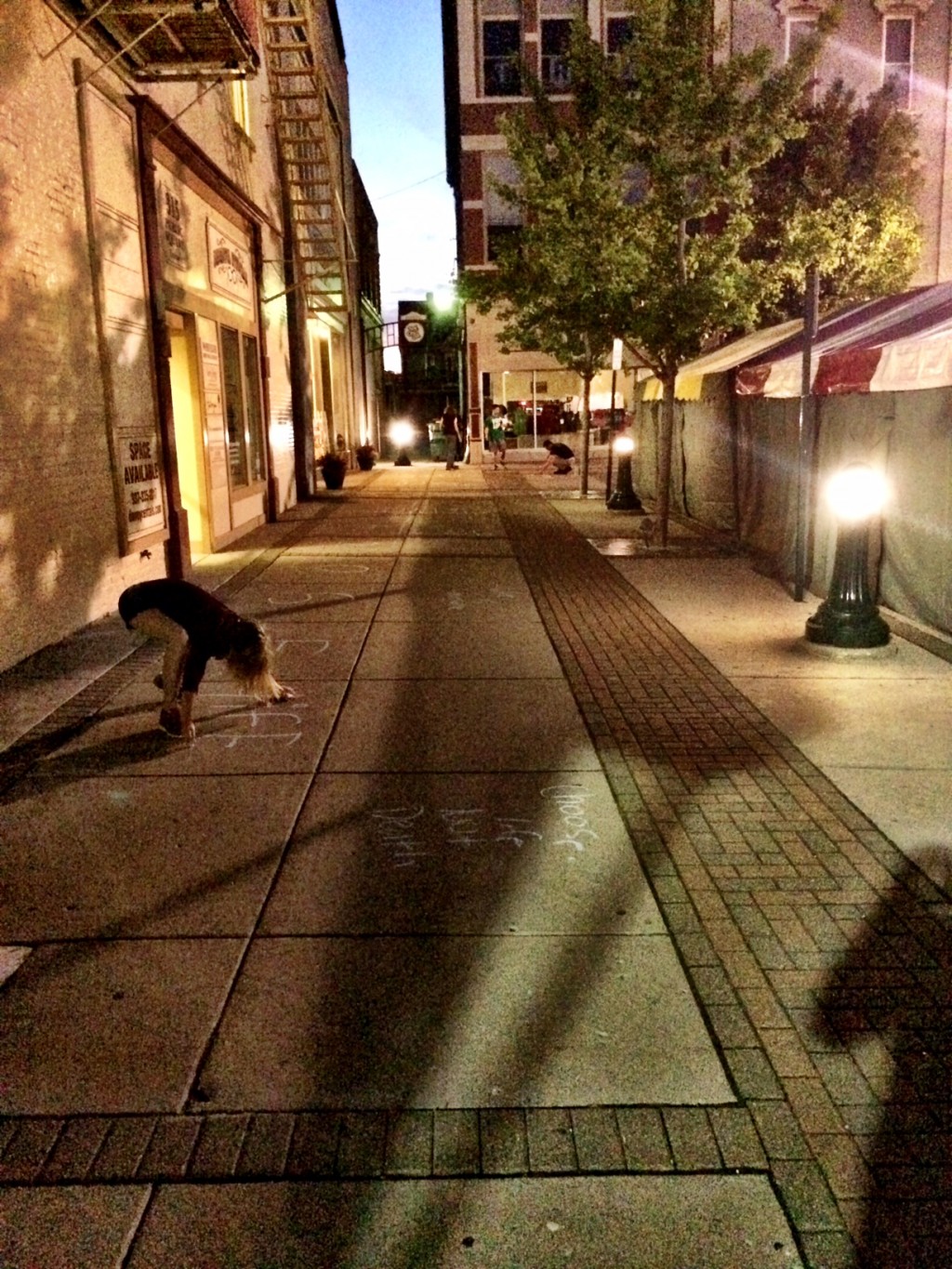 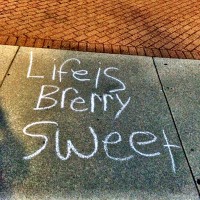 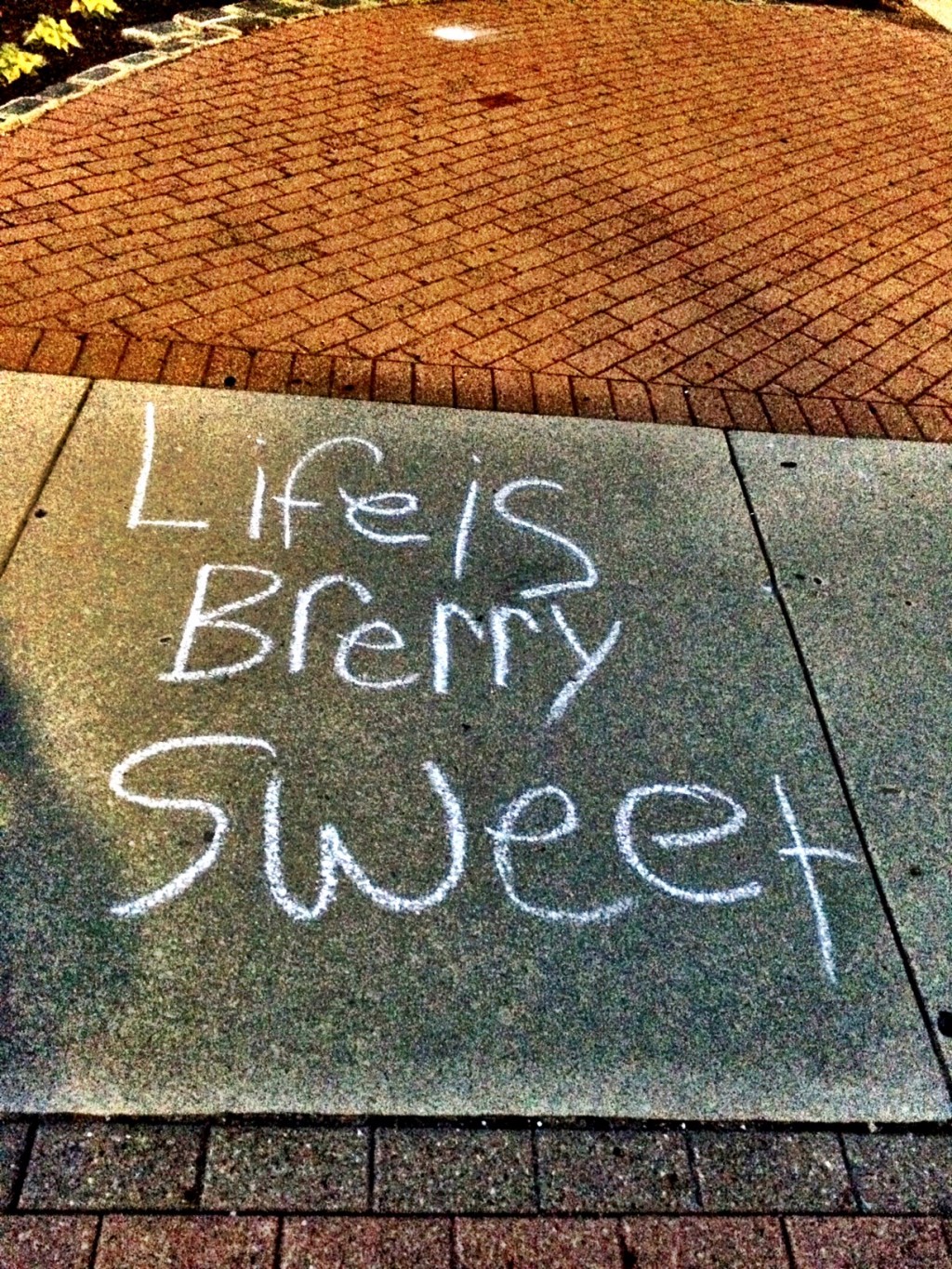 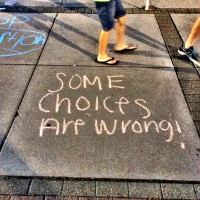 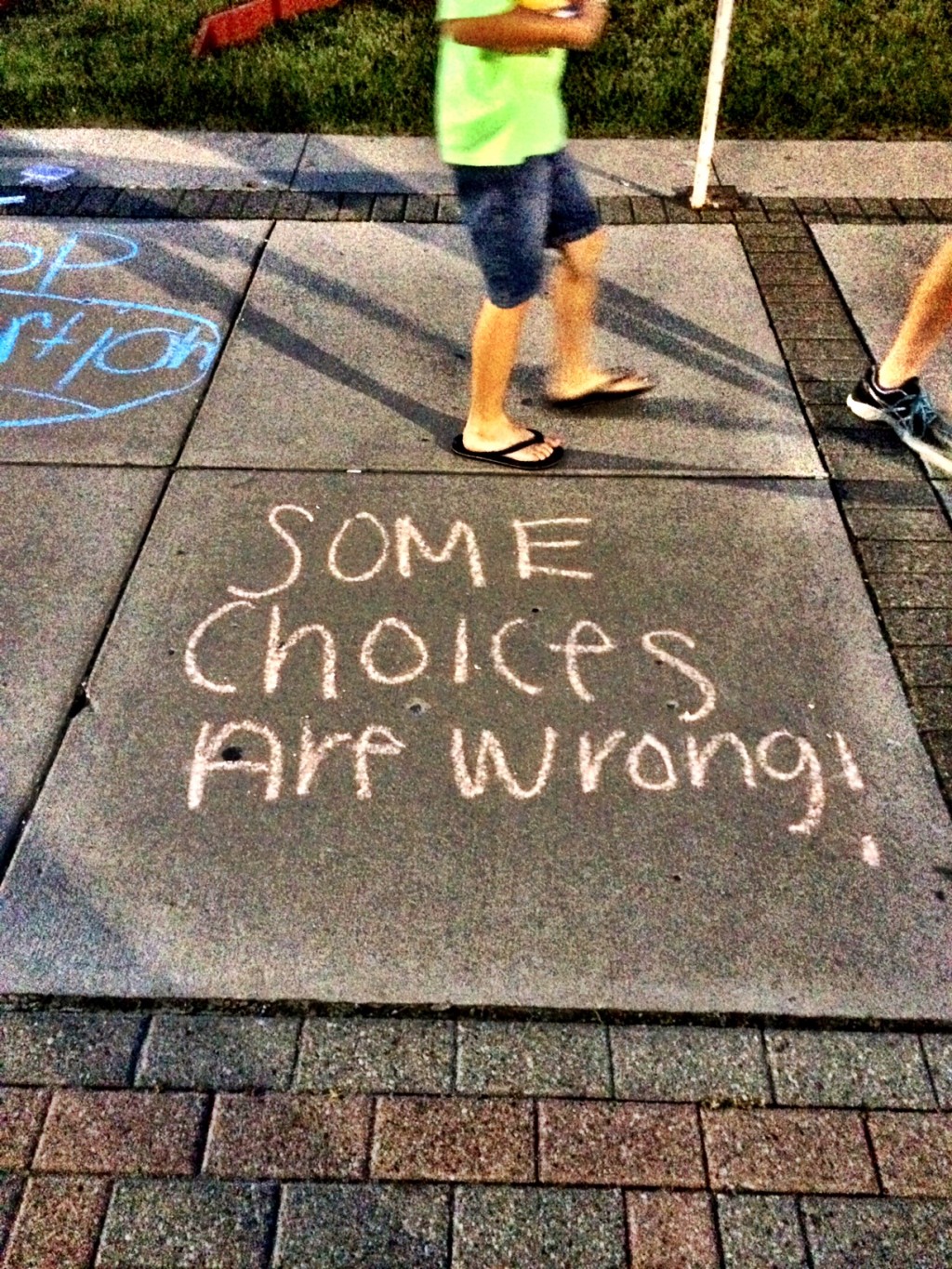 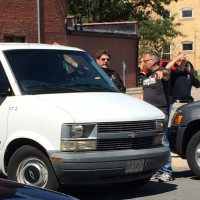 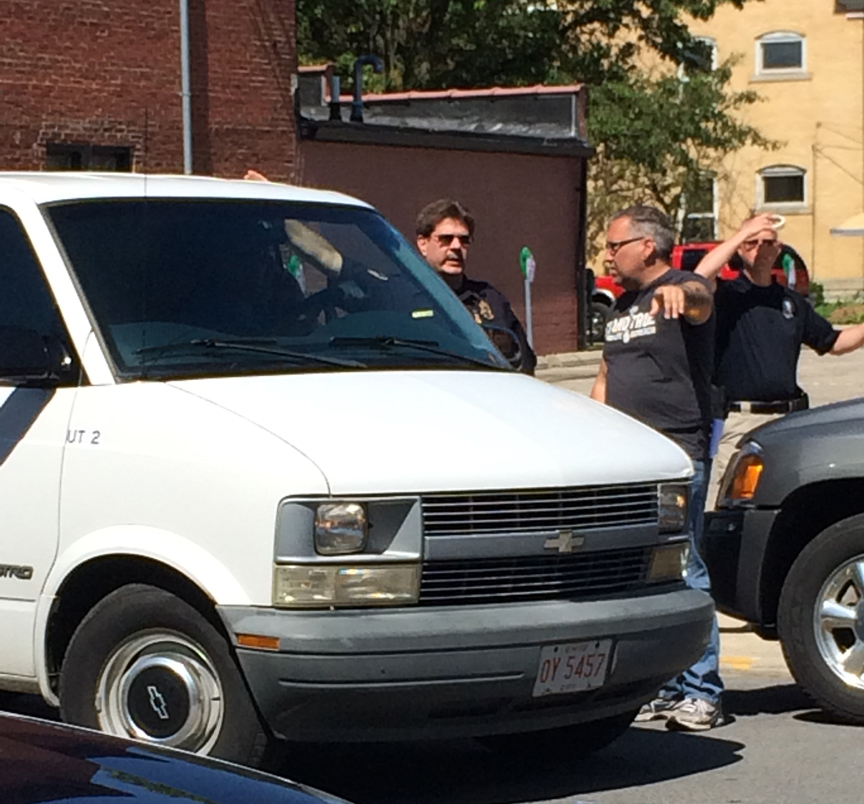 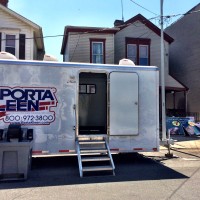 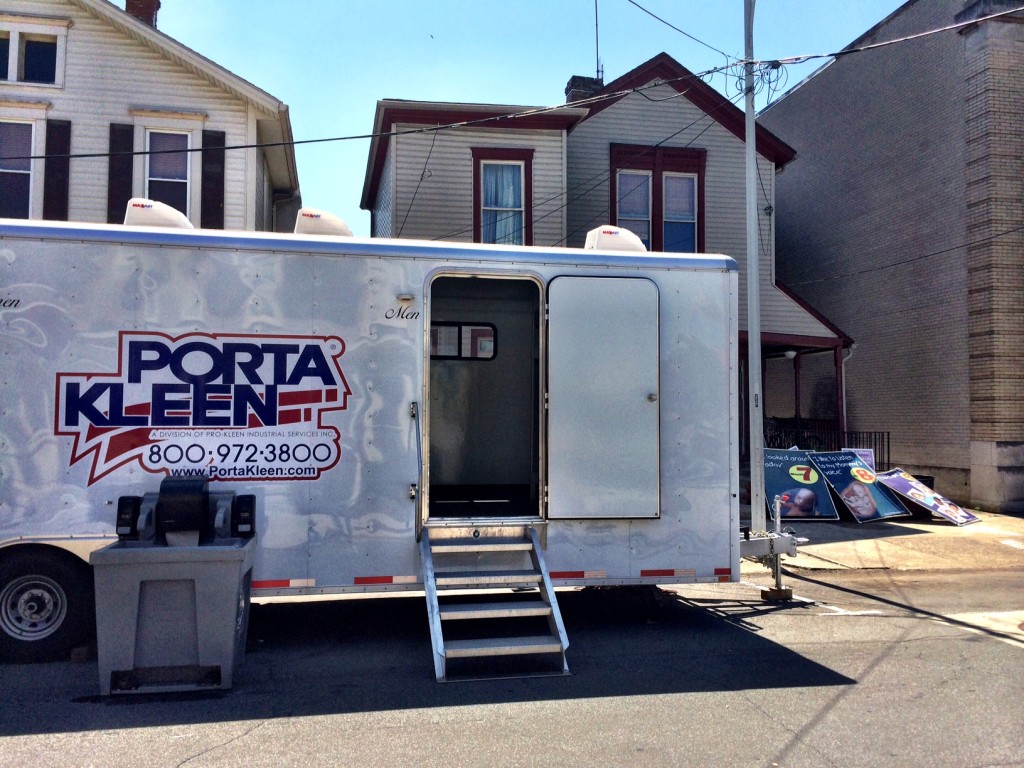 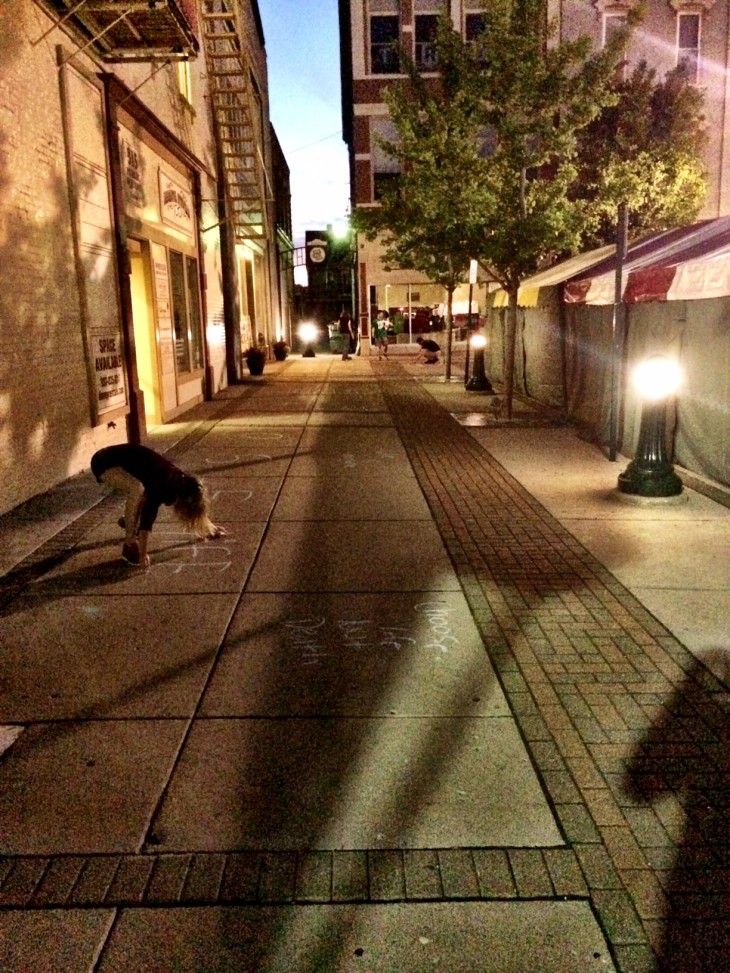 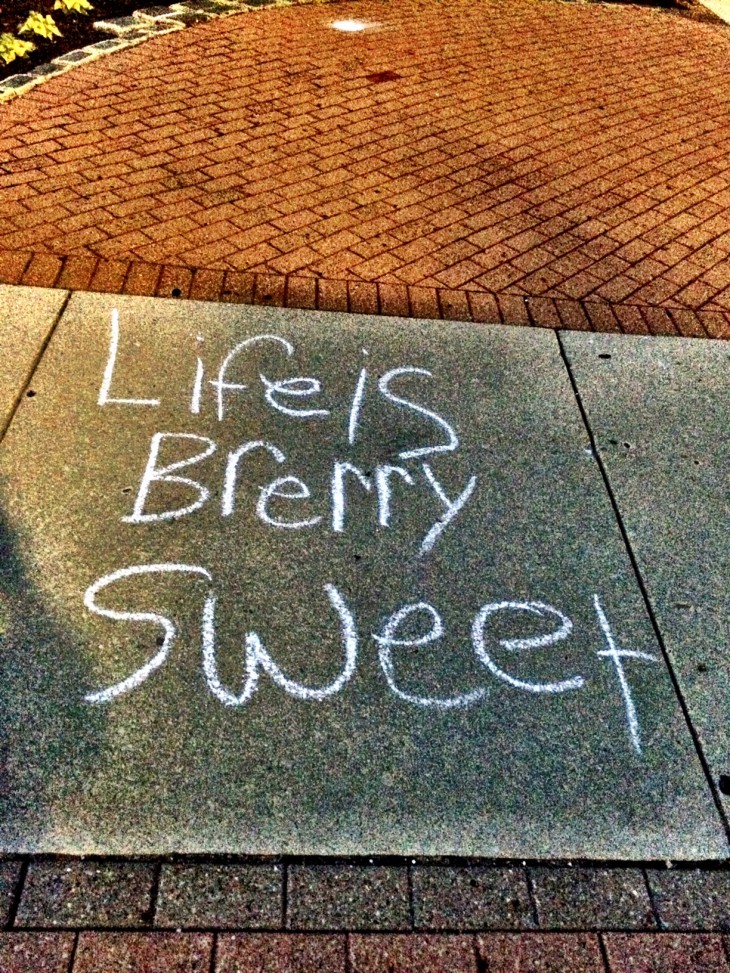