The Teenage Life Club Issues a Challenge to Pro-lifers of all age, I am stepping up, will you?

So I get excited when I see people decide to take action, ESPECIALLY youth.  I am asking that every pro-lifer of every age please follow the lead of these young people and write a letter? Please, won’t you take 5 minutes to join these teens as they are willing to use their voices to take a stand for life? I will be writing my letter tonight, I hope you will also. 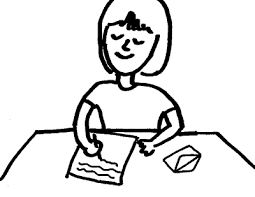 This year, The Teenage Life Club has decided to host a 2012 Pro-Life Letter Campaign. Our goal is to send 1 million letters to the White House and the Supreme Court, voicing the pro-life opinions of our nation. It is crucial to send the letters and make an impact at this time, especially as elections are not too far off.
The purpose of The 2012 Pro-Life Letter Campaign is to open up an opportunity for people who are pro-life toexpress their opinions on the matter of abortion and to make an impact in the constant fight for life.
We are asking people to send letters to the White House and to the Supreme Court during March 2012.
The addresses:
The White House

People of any age can send letters. Adults and teens can write actual letters, while children are welcome to draw pictures and write a few phrases like “life,” “save the babies,” etc.
If you are not sure what to write in a letter, here are three general ideas that may help you start out:

After sending a letter to the White House or to the Supreme Court, please contact us so that we can know how many letters were sent. You can do so by taking this survey: Click here to take survey

We hope you will join us in our goal to reaching 1,000,000 letters sent to the White House and to the Supreme Court by people of all ages. In doing so, we hope to raise more awareness towards the issue of abortion and to help people see the injustice of the act.
If you have any questions, feel free to contact me at contacttheteenagelifeclub@gmail.com and if you are planning on participating in this project, please contact me as well.
Thank you!