Where were you when the battle raged? Remembering my time in Florida with Terri Schiavo’s family 10 years ago today. 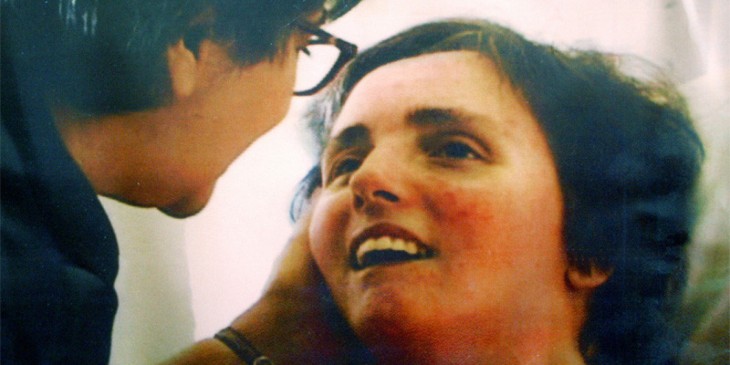 For twenty-four years I have been involved with pro-life work in one way or another. Over thosetwenty-four years I have talked to thousands of people about their involvement, why they got involved, how they got involved and what motivates them to continue. We have talked about what happened in 1973 and where were all the Christians when Roe vs. Wade was passed. We would wonder why Christians would ignore human rights and own slaves in the time of the Dred Scott decision. We would tell stories about the few brave Christians that hid Jews during the Holocaust and proclaim that if it were we in those times we would have been a voice. If we were around in those days we would have risked all to save an innocent life; that is what we said, at least.

Ten years ago a young woman in Florida who was handicapped began an agonizing and painful journey towards death. Her husband, who had once made a vow to love and honor her through good times and bad, murdered her on national television. Her husband, who had already broken his vows to her by living with another woman and fathering children with her, went to court to have his wife starved and dehydrated to death. Terri Schiavo held onto life and fought for 13 days before finally dying on Thursday, March 31, 2005. 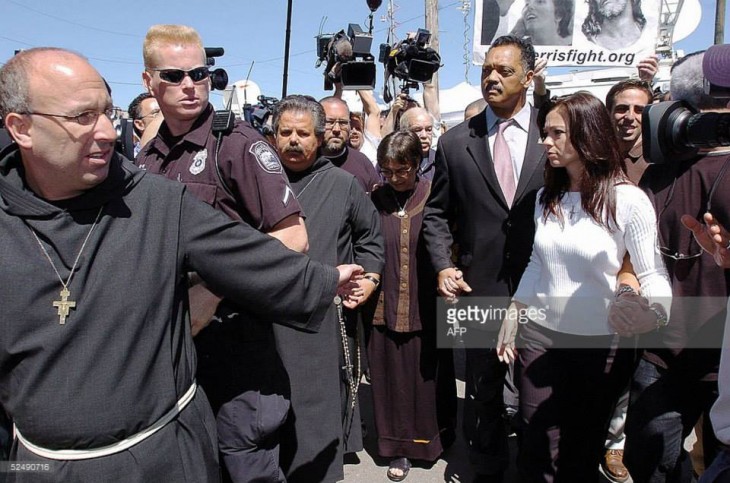 When I arrived in Florida one week before her death I expected to see thousands and thousands of Christians in front of the hospice praying, singing and crying out for Terri. I expected to see all those people who said, “I would have been there to stand up if I were around in the times of Roe vs. Wade or during the Holocaust.” I was sadly disappointed.

I walked up and saw maybe 150 people at most — some of them familiar faces from the pro-life movement, some of them just wanting to be on TV. I started to walk around and ask where people were from and most of them were from out of town; it was hard to find anyone from the Tampa area there to stand up for Terri. For years I wondered where the Christians were when Roe vs. Wade was passed, and now I had the answer.

I spent the first day walking around the crowd praying with people, talking about what could be done and simply being there in solidarity with our sister as she was dying. When I arrived the second day I talked to Terri’s sister whom I had met in Washington, DC, in January, when I volunteered my services to the family. I was asked to help guard the family and escort them around as everyone was swarming them.

I spent a lot of time just sitting with them and listening to stories about Terri and her life growing up. Her dad told a story about when Terri ran over a cat and how upset she was over this poor little cat. The friends shared beautiful stories and memories that I will treasure forever. 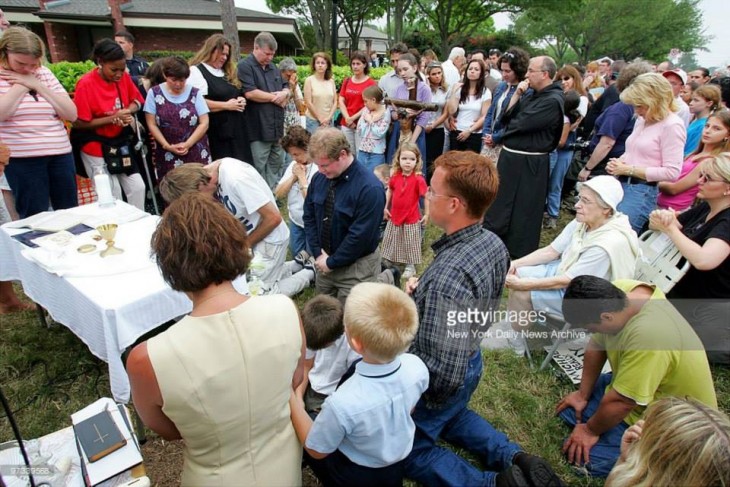 During this time we also spent a lot of time in prayer, with many different Christian leaders and friends. Everyone would be talking about a possible option and then someone would just stop and say, “Let’s pray.” There was more spontaneous prayer than I had ever seen. I would walk among the people there in support and see small groups up and down the street praying, singing hymns and just reading the Scriptures out loud. There may not have been a large group there, but they were dedicated and focused on prayer.

I spent a lot of time walking the family through the media circus to and from the hospice trying to give them a little privacy. I would walk Terri’s dad through the crowd every night as he thanked all the supporters for being there for Terri.

I talked to many of the behind-the-scenes media people who were obviously shaken by this tragedy. I saw people from all different walks of life and political and religious backgrounds taking a stand. There were many non-Christian people there in support of Terri, and dozens of handicapped people from a group called Not Dead Yet. I even spent time in prayer with the Rev. Jesse Jackson as he came to help the family and speak out for Terri. I never in a million years would have believed that I would sit in a room praying with Randal Terry, Jesse Jackson and Sean Hannity.

Each night at about 11:00 PM I would leave the hospice area and go get something to eat and try to catch up on some computer work and grab a few hours of sleep. I talked to a lot of people at different restaurants that would ask us what was really happening there. One night Terri’s brother, Bobby, came out to eat with us. When he left, the people there asked us questions and wanted to know the truth about the whole situation; they were shocked when they got the true facts about Terri.

On Wednesday night I went to the hotel and was especially saddened as we were reaching 13 days. My friend Will and I sat in the pool at the hotel at 2:00 AM discussing the past week and what else could have been done. I finally got to sleep at about 3:00 AM. Early the next morning, I was awoken by Will telling me that Terri had died.

We quickly packed our bags and went to the car to drive over to the hospice a few blocks away. As I got into the car it really began to hit me what had just happened and I started to cry. I picked up my cell phone and called my wife and children; I just needed to hear their voices and tell them I loved them.

I got to the hospice and stood guard outside the room the family was in to give them some privacy. The room was tucked in behind all the major media trucks and production areas. I watched as many of the media producers and reporters were fighting back tears. I watched reporters hugging the family and giving condolences; they were truly touched by Terri’s family. Many of the media that I had gotten to know expressed their grief to me, some of them on-air personalities who were affected greatly.

After the family was done making their statements for the day, I made my rounds to offer my condolences and say my goodbyes. I told the family about all the Stand True supporters and family that had asked me to send their best wishes and prayers. I thanked them for their strength and resolve in the fight for Terri’s life. I let them know that we at Stand True will never let Terri’s name die and that we will continue the fight for life and others like Terri.