What Would The Punishment Be If Abortion Were Illegal? 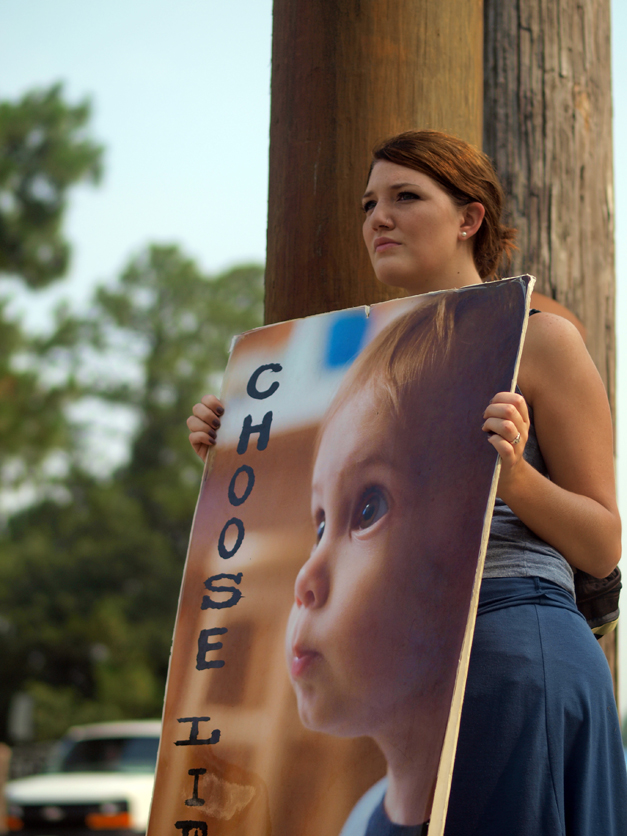 This is probably one of the toughest questions to answer as a pro-lifer and I fully expect to receive a lot of hate mail about this commentary. I have had this discussion with many people who have solid pro-life views, yet are confused as to how they feel about the laws and punishment when it comes to abortion. People ask me what happens to the women and doctors if we overturn Roe. vs Wade.

My first response is that the end goal of the pro-life movement is not over turning Roe vs Wade. We absolutely want that to happen, however, that is only the first step. Overturning Roe will only send the decision back to the individual states for them to pass laws. Most likely any law passed by a state will then be challenged in court and end up right back to the Supreme Court.   The end goal is to establish that life begins at the moment of fertilization. This will only be achieved with a paramount Human Life Amendment to the Constitution. With a Human Life Amendment we can establish the starting point in a human persons life that cannot be challenged by any court. This will give children in the womb the same rights and protections under the Constitution as any other human person.

This is where the dilemma of the question begins. Do you truly believe that a child in the womb is a full human person? Do you believe that the unborn child is equal in value as a three year old child playing on a playground? As a pro-life advocate I do not see how you could answer no to either of those questions.

The core of the pro-life argument is that every single human person from fertilization to natural death should be protected. If we say that the child in the womb is a human person and that their life is already begun, then how can we say they should not be protected equally?

The problem comes when we look at this from the wrong direction. Whenever I debate someone who is defending abortion the first thing they try and do is steer the argument onto rabbit trails. They will bring up all of the emotional situations and try to only argue from the extreme cases. They do this because they know if they can tug the heart strings of those in the audience they can sway them and distract them from the truth.

The same thing happens when I discuss the issue of punishment for abortion with pro-lifers. They talk about the desperate women who knows it is illegal but can’t afford her baby? They ask if she should really be held accountable for just trying to make a hard decision? We have no way of knowing what is going on in her life or what she is going through.

I admit there is an emotional element to this that can blur the issue. I know that no one wants to go throwing thousands of women in prison. It is sincerely a tough question.

If we establish a Human Life Amendment to the Constitution declaring that children are full human persons from the moment of fertilization, then we must treat them as such.

When the woman in Texas drowned her five children several years ago, what was your thought on her punishment? Did you believe because she had some rough times at home she should be excused from what she did? The fact is, she killed her five children and had to answer to the law. While we might feel sorry for her emotional state, we must also want justice for the five children who were killed.

In the same way, we must look at the children in the womb as equal in value as the children who were drowned and demand justice for them also. We can certainly feel empathy for what a woman might be going through, however, that cannot change the fact that she has broken the law and ended the life of her child. We know there is forgiveness is Christ, but justice must also be served.   If we make a separate law and separate punishment for someone who has an abortion then we are saying that the child in the womb is somehow not as valuable then any other human person killed. If we say that intentionally killing one child is less of a crime then intentionally killing another child, then our whole argument for life is destroyed.

I know many of you are probably upset right now or even confused or torn about what you think. I understand completely. I have spent over 20 years thinking about this question and going over every possible way to look at it. The one constant thing that I always come back to is the fundamental right to life of every human person, and I will not stop fighting until every child is protected.

What do you think?